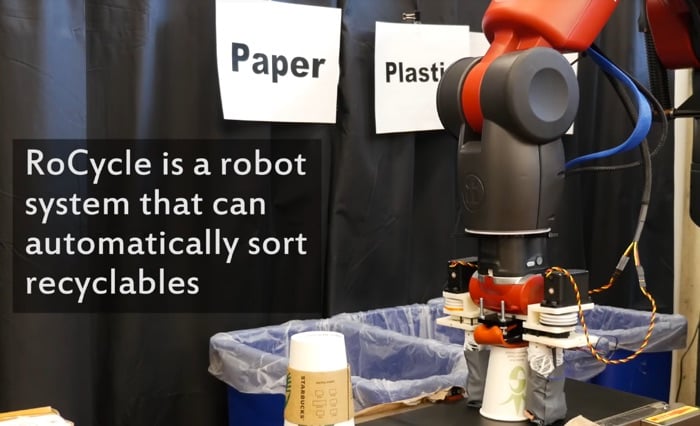 The majority of recycling is done by people who separate the various types of waste, now a new recycling robot has been created that can tell the different between paper and plastic. The robot is called RoCycle and it was developed by researchers at MIT CSAIL.

The RoCycle recycling robot is able to differentiate between plastic an paper when it picks up the recyclable material, it can then sort it into the correct recycling bin, have a look at the video below.

The RoCycle is in the early stages of development but it certainly looks very interesting from the video.