The guys at the University of Utah have been busy with another great leap for robotkind as they recently field tested ROCR.

Sure, it may not look like much and if you didn’t know it was a robot you probably think it’s a clunky sextant. However, ROCR is special for its ability to scale vertical obstacles with movements patterned after our primate cousins. 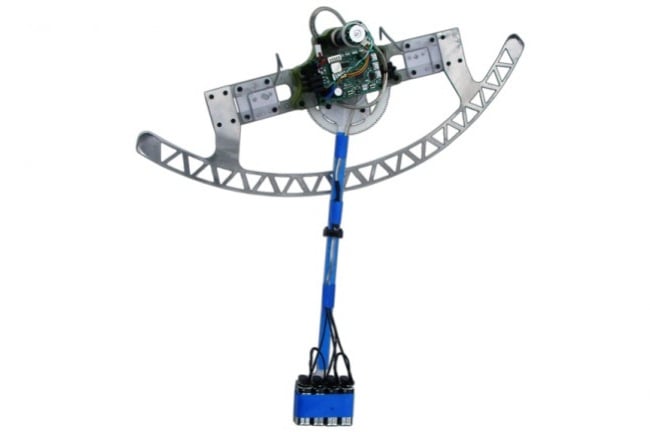 Even more wonderful, every time ROCR swings itself up a wall the ratio of work done to energy consumed hits a new standard for bionic efficiency. At least this is the benchmark that the team set to achieve.

The way ROCR operates is fairly simple: Reduced to a single pendulum arm, a motor and claws for climbing up carpeted surfaces, ROCR swings and leaps towards its destination unlike any bots before it in a concerted effort to achieve the utmost efficiency.

Efficiency, it turns out, is the foundation of the ROCR project. The engineers behind it wish to master movement efficiency that will conserve battery life and allow them to build a more complex bionic marvel. Let’s hope the next ROCR can peel a banana.