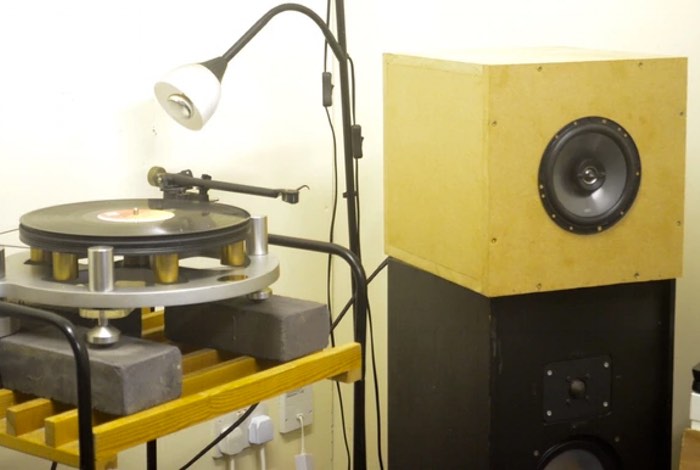 If you are in the market for a modular speaker system that allows you to pick and choose the exact speakers you would like in your system with the ability to expanded at a later date you might be interested in the new Rock’n’Roll HiFi Speaker system that is taken to Kickstarter this week.

Created by a new London based H speaker company, the modular speaker system has been designed to fit perfectly into IKEA shelving units allowing you to expand your system as and when you require.

I have used various speakers over the years Gales, Harbeth, Bose 901’s and Quad ELS 63 electrostatics. Recently I repaired my Harbeth HL1 speakers that I bought in 1980, as the bass speaker needed replacing. Harbeth didn’t offer a repair service for a 35 year old speaker but with a little research I found a suitable replacement driver and it got me to thinking that I could build a Hi Fi speaker.

Initially I thought of building speakers based on the BBC monitor design. I also came up with a crazy idea based on building something a bit more Rock’n’Roll… a speaker that was the size of a guitar stack designed for playing LOUD Rock music.

It occurred to me that if I built the speakers as modular units that fitted into IKEA Kallax shelves, I could build a large speaker system out of small units.

For more information on the new modular speaker system jump over to the Kickstarter website for details.