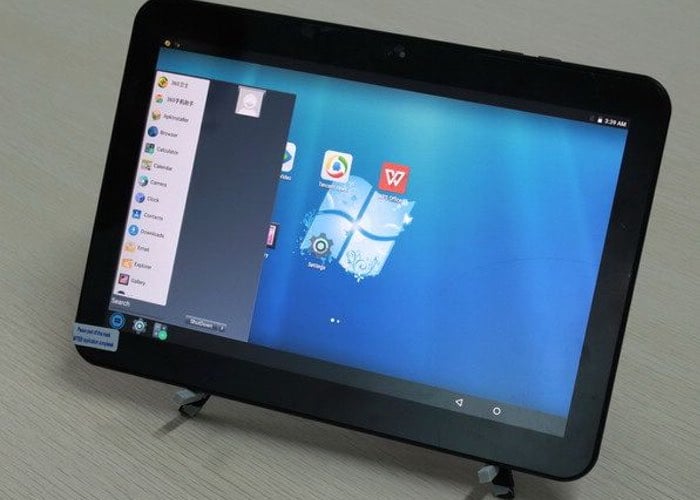 Rockchip the Chinese chip maker has unveiled a new custom version of Google’s Android operating system they have created, to include design elements of Microsoft’s Windows.

The new Android operating system called Light Work OS is a custom version of Android 5.1 that has been equipped with a number of Windows features. Such as a  Start Menu button and task bar, as well as the ability to run applications within separate windows.

The Light Work OS is expected to be rolled out on a custom version of the Pipo P9 tablet in the near future. That will be powered by a Rockchip RK3288 processor supported by 2GB of RAM together with 32GB of internal storage. The tablet will also be equipped with a 10.1 inch touchscreen display that is capable of providing a resolution of 1920 x 1200 pixels.

Unfortunately no information on pricing or worldwide availability has been released as yet for the new Light Work OS tablet, but as soon as information comes to light we will keep you updated as always.