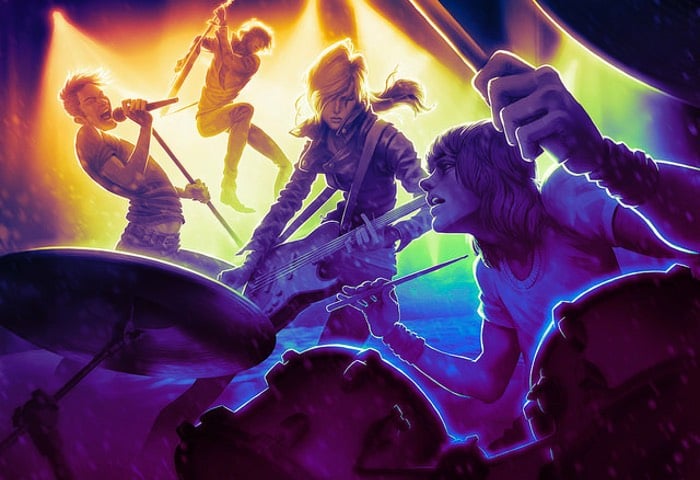 Last month it was rumoured that a new Rock Band game would be launching on next-generation consoles sometime this year. Well this week Eric Pope Product Manager at Harmonix has confirmed the Rock Band 4 arrival via a post over on the PlayStation Blog.

Confirming that Rock Band 4 will be launching sometime later this year for Sony’s PlayStation 4. Rock Band 4 is now currently under development and will not be a “next-gen remaster” of an existing game, says Pope.

If you are concerned about all those Rock Band DLC songs that you bought on your older games consoles. There is no need to worry as the latest Rock Band 4 will support all your previous DLC purchases at no additional cost. Pope explains a little more :

“I’ve spent years as a community manager playing our various installments of Rock Band around the world with fans at every event you can imagine. I’m as excited as you are to have the next evolution of the franchise, Rock Band 4, on the current generation of console hardware.

Since we released Rock Band 3 in 2010, Harmonix has branched out, developing projects in a number of new areas including motion control, PC and even VR. With every new project, the studio has challenged the perception of what a “music game” can be, and learned a lot in the process.

With those lessons under our belt, we felt like we were prepared to dive back into our beloved Rock Band series, and actually push the genre forward. We’ve landed on a design that doubles down on the core Rock Band experience fans love, while innovating on gameplay in some super exciting ways that we’ll have more to say about a little later this year.”

As more information is announced about the highly anticipated Rock Band 4 game, we will keep you updated as always.