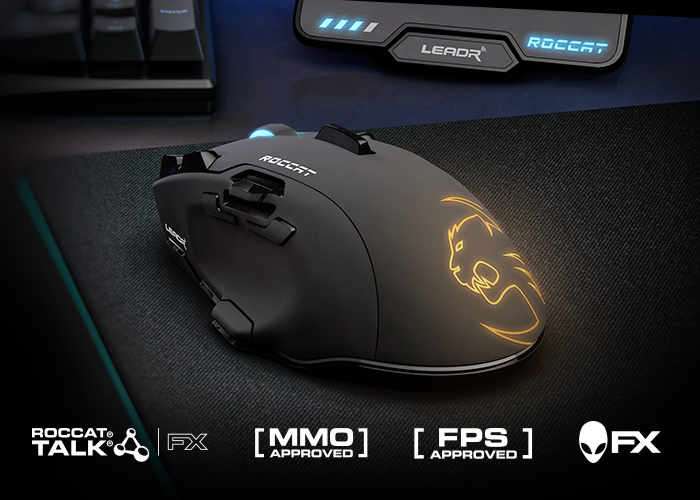 After being unveiled back in January 2017 during CES Roccat has now launched their new Roccat Leadr wireless gaming mouse which promises zero lagFor $150.

The new Leadr gaming mouse is equipped with a Pixart 3361 Optical Sensor and has been designed to set new standards for wireless gaming, offering up to 12,000 DPI. 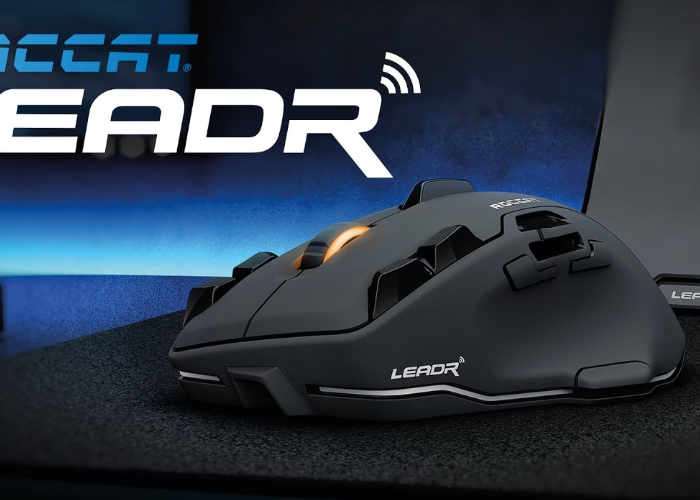 The Leadr gaming mouse offers a battery life of 20 hours great for extended gaming sessions and can be charged either on its own intelligent docking station or via its top up cable.

What sets the Leadr apart from its competitors is its pioneering wireless technology. Leadr was developed with a view to providing gamers with a wireless mouse that performed just as well as a wired one. With 1000Hz polling and 2.4GHz data transmission – faster than USB – it boasts zero lag and virtually latency, for lightning-fast input. This technology is complemented by the pioneering ROCCAT® Owl-Eye optical sensor, which is optimized for wireless. Other wireless mice make sacrifices by using power-saving modes but Owl-Eye uses full power all the time, bringing the feeling of wired to wireless.

Owl-Eye is the exciting new optical sensor from PixArt, modified to the high and exacting standards of ROCCAT®. Taking its inspiration from the natural world, it boasts a real and responsive feeling that’s instantly recognizable. What you recognize is a lethal sensor that simply feels more alive, translating your mouse movements on screen with unrelenting accuracy and consistency. Owl-Eye provides you with a level of control that feels natural and innate, bridging the gap between you and your game.

More details on the Roccat Leadr wireless gaming mouse jump over to the official product page via the link below.