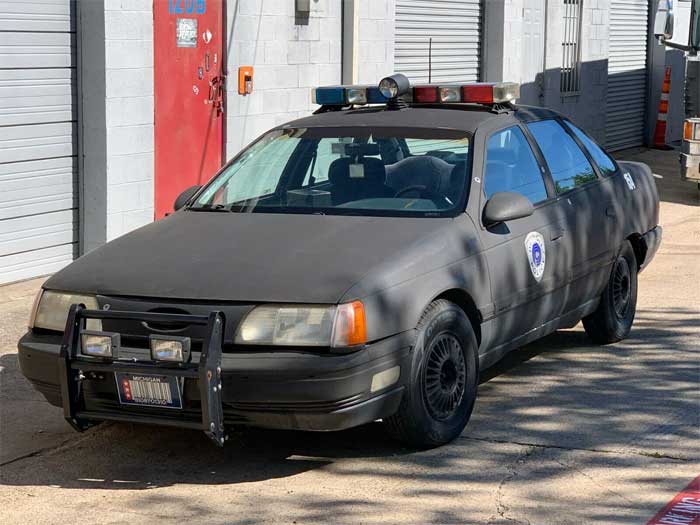 Back in the ’80s one of the most memorable movies was Robocop. We’re talking the original movie, not the bad remake that hit theaters a few years back. The memorable cars in that flick were the cop cars based on the Ford Taurus.

Someone has built a replica of the police cars from the film, and it looks crappy, but really cool at the same time. The car is a matte black ’86 Taurus LX and even has Peter Weller’s signature on the dash.

This car also participated in a Robocop anniversary event. The car doesn’t run right now as it has a bad ECU box according to the seller. The fact that it doesn’t run isn’t dampening the price much; the seller is still asking about $5,000 for the car.