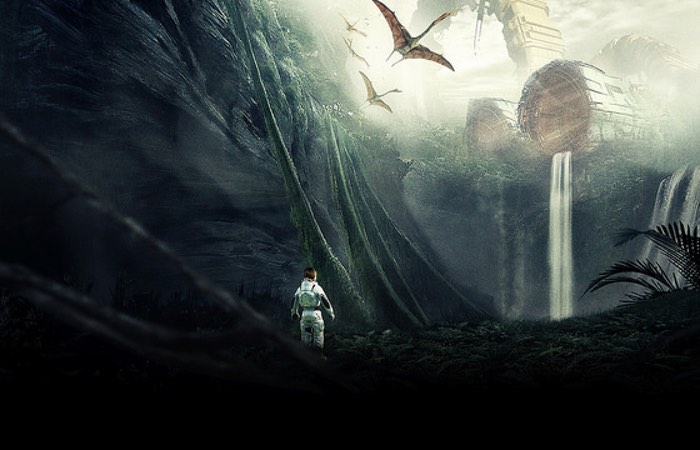 A new teaser trailer has been released this week at E3 2016 for the upcoming PlayStation VR game Robinson The Journey, providing a first glimpse at what you can expect from the PlayStation VR exclusive virtual reality adventure, currently under development by Crytek.

The new teaser trailer below shows a player’s perspective and provides a quick look at the games back story, to whet your appetite before the games release sometime in the near future.

Unfortunately Crytek have not officially confirmed a release date for the new virtual reality game as yet. But, Elijah Freeman Executive Producer from Crytek explained a little more about the virtual reality adventure in a previous interview :

In Robinson, you assume the role of a young boy who has crash-landed on a mysterious planet, and must become a pioneer of sorts as you explore your surroundings, interact with the world around you, and discover amazing secrets at every turn. I can’t go into too many specifics right now, but that’s the (very) high level overview!

Go beyond boundaries in Robinson: The Journey, a brand new virtual reality game from Crytek. Harnessing the power of CRYENGINE, Robinson: The Journey will offer players an unparalleled sense of presence in a game world as they assume the role of a young boy who has crash-landed on a mysterious planet. With freedom to explore their surroundings in 360 degrees of detail, players will become pioneers by interacting with the rich ecosystem around them and unearthing incredible secrets at every turn.