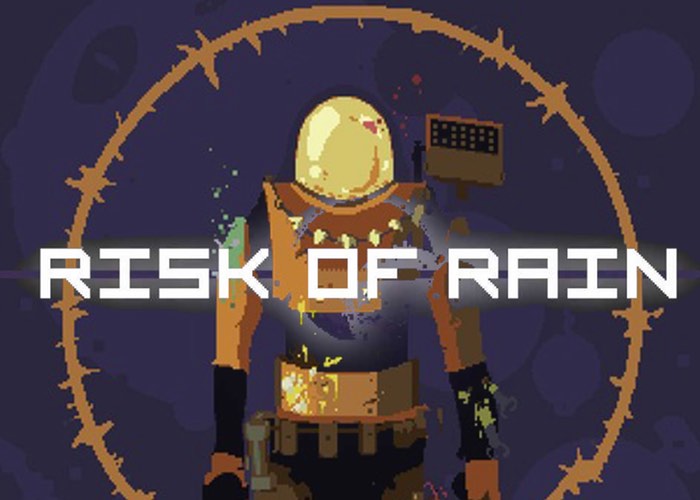 Hopoo Games and Code Mystics have partnered up to launch Risk of Rain on the PS4 and PS Vita, three years after the date creation was started by two college students working out of their dormitories.

Check out the gameplay trailer below to see what you can expect from this indie game provides the ability to enjoy four-player local co-op. Drummond explains a little more :

Thanks to the PlayStation Network, we now have automatic matchmaking integrated into Risk of Rain. With just one press of a button you’ll be automatically placed into a lobby with up to three other players around the world — no IP address or port forwarding required. Just online fun.

But what would Risk of Rain be without playing with friends? Now you can play on the couch, and on the internet — all at once! While we still have the four-player local co-op available in Risk of Rain, you can now play online lobbies while sharing a machine with your friend — up to two per machine. Wanna just play online instead? You can also invite your friends into your lobby through PSN to get all your game buddies into one lobby.

“But Duncan, what if my friend is on PS Vita and I’m on PS4?” No worries — we know that people prefer playing on their own platform, so now we also have cross-platform online support between PS Vita and PS4. That means that both a player sitting on the couch on his PS4 and a player on the bus playing on his PS Vita can enjoy Risk of Rain chaos — together.

Jump over to the PlayStation blog for more details, as soon as more details are released on a confirmed launch date we will keep you up to speed as always.