RIM has unveiled the latest version of its mobile OS, BlackBerry 10 at its BlackBerry World event in Orlando, its new OS is based on QNX, and now we finally get some details about the OS and the hardware.

The first BlackBerry 10 devices will launch later in the year, and RIM has shown off a BlackBerry 10 Dev Alpha handset, which you can see in the photo below. 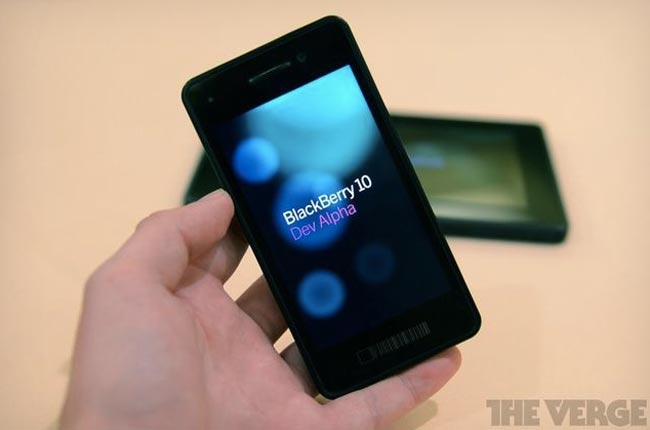 Whilst we don’t have any details on any devices that will be released, the BlackBerry 10 Dev Alpha handset should give us a taste of what is to come, and it features a 4.2 inch display with a resolution of 1280 x 768 pixels.

The device comes with NFC built in, and it features a quad band HSPA radio and a microSIM card slot, and is apparently very similar to the BlackBerry PlayBook tablet, although in a smaller form factor.