RIM announced the BlackBerry PlayBook tablet a couple of weeks ago, now they have shown their new tablet off at Adobe’s Max conference and you can see it in action in the video below.

The BackBerry PlayBook features a 7 inch LCD display with a resolution of 1024 x 600, the PlayBook measures 5.1 inches by 7.6 inches by 0.4 inches thick and it ways in at just 400 grams, processing is in the form of a 1GHz processor and there is also 1GB of RAM. 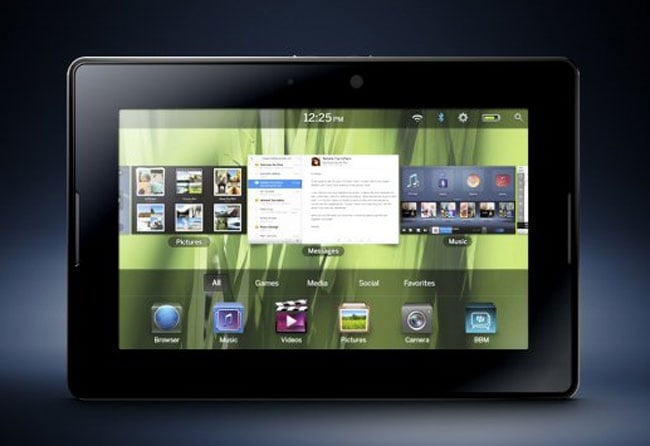 The PlayBook features a new BlackBerry Tablet OS which is based on QNX technology, and it features what RIM calls ‘true multi tasking’ there is also an on screen keyboard a HDMI port, Bluetooth and it will come in 16GB and 32GB and 64GB sizes.