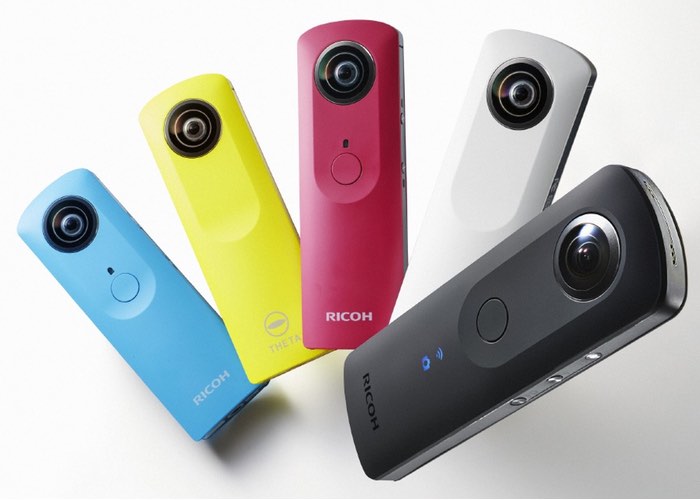 Ricoh has this week launched a new version of their Theta 360° camera that builds on the technology included in the previous version that was launched a few years back.

The latest Ricoh Theta S camera offers spherical video in full HD at a resolution of 1920 x 1080 pixels at 30fps and is capable of recording up to 25 minutes, thanks to the included 8GB of internal storage.

Ricoh have equipped the Theta S with an enlarged image sensor which allows access to more light through the ultra small twin lens folded optical system. Once footage has been captured the video can easily be shared via popular social media services such as Facebook, Twitter and Tumblr, and posted to Google Maps, Google+ and YouTube 360° Channel. The Ricoh Theta S 360 camera will be available late next month from October 2015 onwards throughout the UK and will be priced at £300.

For more details on the Ricoh Theta S that was unveiled at this year’s IFA 2015 technology event jump over to the official Ricoh website.