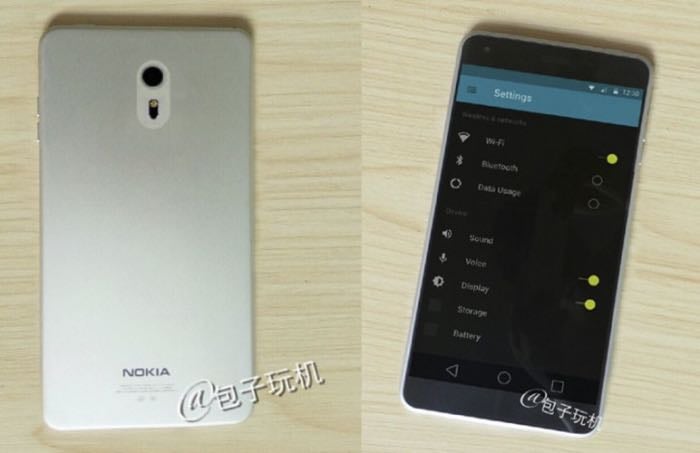 We are expecting the first Nokia Android smartphone to launch next year, Nokia can release new devices in quarter four of 2016, this is when its agreement with Microsoft finishes.

The first Nokia Android smartphone could be the Nokia C1, the name follows a similar pattern to the company’s Android tablet, the Nokia N1.

The Nokia C1 android smartphone can be seen in the photo above, this is probably a prototype device and there are some specifications to go along with the photo.

The Nokia Android smartphone pictured above is apparently running Android 6.0 Marshmallow, what version of Android it will actually launch with remains to be seen.

We are not really expecting to heard many details about the first new Android smartphone from Nokia until quarter four of 2016,  the specifications and the design of the handset could possibly change by the time it launches. As soon as we get some more details about the device, including full specifications, we will let you guys know.