Some of our readers will remember the Virgin Galactic VSS Enterprise that we told you about a while back, it has just completed its first manned flight.

The VSS Enterprise was piloted by Pete Siebold and his co-pilot Mike Alsbury, and it was released from its mothership at a height of 45,000 ft. 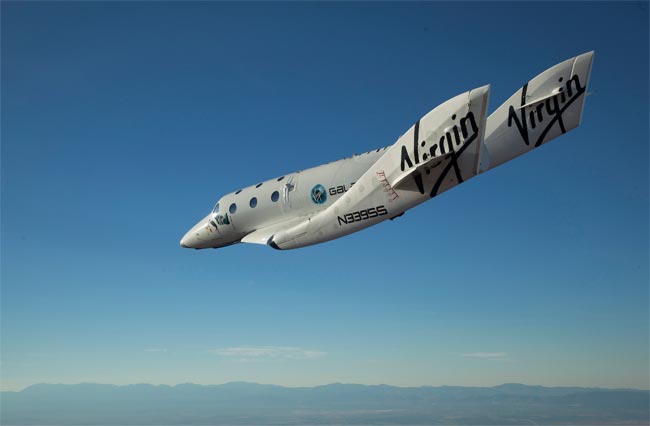 Sir Richard Branson, founder of Virgin Group, who was present during the first successful flight, added “This was one of the most exciting days in the whole history of Virgin. For the first time since we seriously began the project in 2004, I watched the world’s first manned commercial spaceship landing on the runway at Mojave Air and Space Port and it was a great moment. Now, the sky is no longer the limit and we will begin the process of pushing beyond to the final frontier of space itself over the next year.”

Head on over to Gizmodo and have a look at the video if it in action.