The new Retina iPad Mini launched yesterday, we have already seen some benchmarks for Apple’s new smaller Retina tablet, and now we have an unboxing video from the guys over at Pocket Now.

The video below gives us a quick looks at the new updated iPad Mini and also the devices Retina display. The display on the Retina iPad Mini measures 7.9 inches and it has a resolution of 2048 x 1536 pixels at 326 pixels per inch. 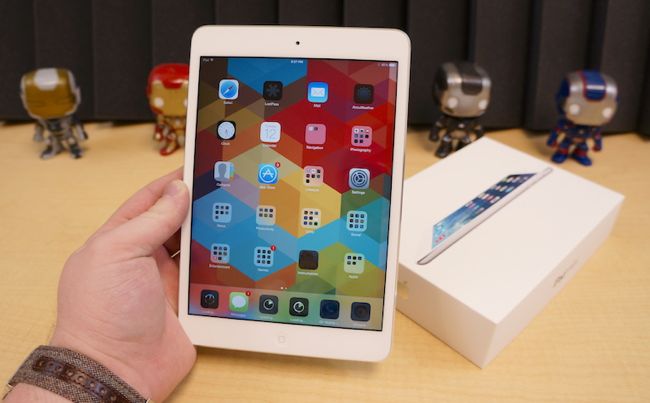 Other specifications on the Retina iPad Mini include a 1.3GHz Apple A7 64-bit processor and 1GB of RAM, the tablet comes with a choice of 16GB, 32GB, 64GB and 128GB of built in storage.

The Retina iPad Mini features front and rear facing cameras, on the front of the device we have a FaceTime HD camera for video chat, on the back there is a 5 megapixel Apple iSight camera.

The iPad Mini with Retina display is available in both WiFi and Cellular versions, the tablet also comes with dual band 802.11 a/b/g/n WiFi and Bluetooth 4.0. Prices for the Retina iPad Min start at $399 for the 16GB WiFi model and $529 for the 16GB cellular model.