The moment is finally upon us. The much awaited iPad Mini with Retina display appeared on Apple Store starting from $399 for the 16GB WiFi model while the 16GB cellular version costs $529. In the UK, the tabletstarts from £319 for the base model while the cellular model starts with £419.

Apple is accepting orders in the United States, the UK and several other countries. The Cupertino company didn’t mention any exact release date before, except the posting on the company’s Global Exchange Service site which listed November 12th as the official release date. 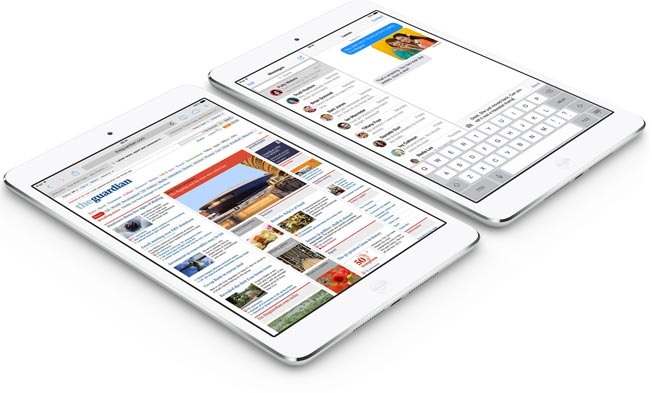 However, users who wish to get the high storage models might have to wait a little longer. The Online Apple Store currently shows a shipment date of one to three days for the 16GB and 32GB WiFi-only models, while the remaining versions show a shipment date of five to 10 business days, including all cellular models. The long shipment dates suggest that all the rumors about the limited supply of iPad Mini were correct after all or they’re saving the inventory for the approaching holiday season. 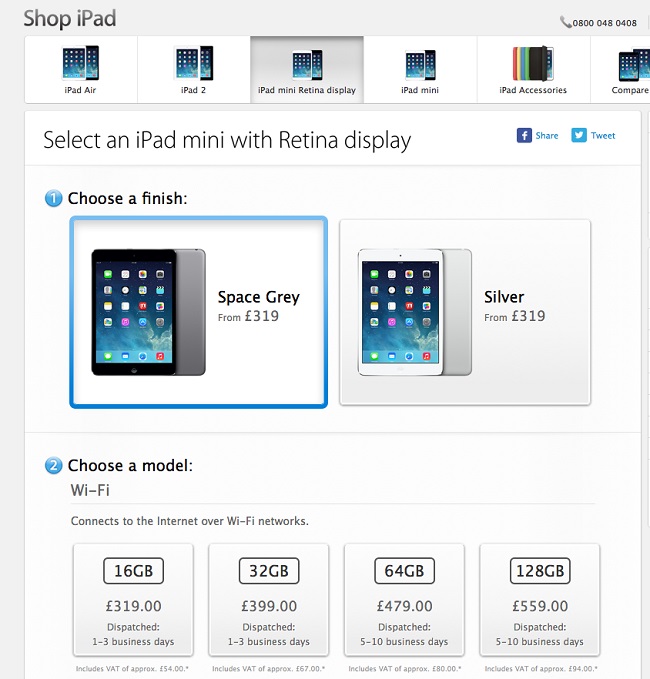 The Retina iPad mini comes with the same A7 processor and M7 coprocessor introduced in the iPhone 5S and a 7.9 inch display boasting a resolution of 2048 x 1536 pixels. The design of the new iPad Mini with Retina is similar to its predecessor, but it’s a little heavier than the previous version

We don’t know how strong the demand will be, but we’ll find out in the next few days. Are you going to buy the new iPad Mini?