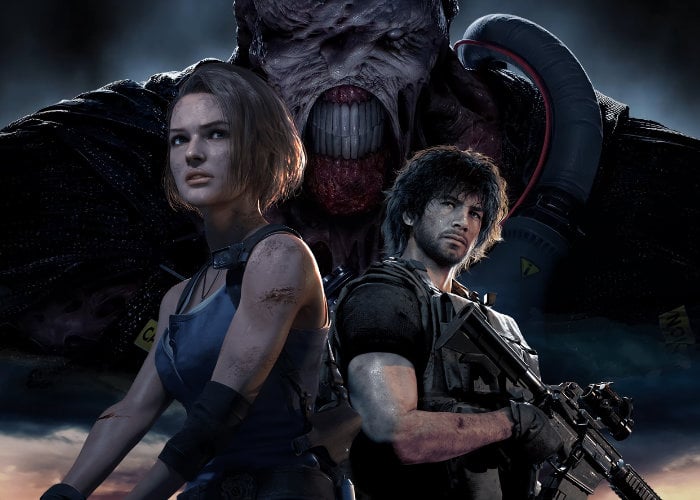 This week Tim Turi Senior Content Communications Specialist at SIEA has taken to the PlayStation blog to reveal more details about the “intense action” gameplay in the new Resident Evil 3 Remake. Resident Evil 3: Nemesis was originally released on PlayStation in 1999, just a year after Resident Evil 2. Similar to the 1999 original, Capcom’s RE3 remake ups the action on the chaotic city streets, which reflects in the core gameplay.

Features of the Resident Evil 3 Remake game that will be launching on April 3rd 2020 include :

– Capcom’s photo-realistic visuals bring Raccoon City to life with stunning detail. Blazing infernos cast zombie shadows down long alleyways. Faux movie posters adorn corridors. Dirt and abrasions show on Jill as she struggles to survive. The cumulative effect is striking.
– The RE3 remake dramatically reinvents the sprawling streets of Raccoon City — this is much grander than a one-to-one remaster. Expect larger areas and some reimagined sequences that dwarf those in the original game.
– New shops and locations flesh out the collapsing city, including an expanded subway station, new labyrinthine sewer section, and a richly detailed donut shop (yum!).
– City streets are wider and more open, unlike the relatively narrow corridors of the 1999 original. More room to dodge enemies! Speaking of…
– Jill has a new evade move (R1 + left stick) that lets you dodge lunging zombies and other foes. It works a bit like a parry, and is much easier to execute than in the 1999 original. Careful you don’t juke into the arms of a waiting enemy, though…
– The seasoned supercop can now perform a Perfect Dodge by precisely pressing X while in an enemy’s clutches. Success scores you a slow-motion counter window to open fire.
– Jill’s knife doesn’t degrade like the blades of RE2 remake, and it’s no longer used as a self-defense item (practice that Perfect Dodge).
– Similar to the RE2 remake and RE7, ammo crafting is key to survival in RE3. (Fun fact: RE3 introduced ammo crafting to the series in 1999!)
– Outwit your enemies with environmental traps. Blast red barrels to topple groups of zombies, and shoot electrical boxes to stun nearby threats.
– Jill, a known Master of Unlocking, can eventually pick numerous yellow padlocks scattered around the environment. This gives you more reason to canvas areas you’ve already explored as you hunt for extra supplies.
– Nemesis is bigger, stronger, and more persistent than ever. The brutish bio-weapon packs a heavy punch, ensnares Jill with a tentacle grab, and can cut off her escape routes with a flying leap. Your experience fleeing from RE2’s Tyrant (a.k.a. Mr. X) isn’t enough… When in doubt, run from Nemesis. Especially when fighting in confined spaces or around other enemies.
– If you must fight, do it on your terms. Lure Nemesis near electrical boxes or explosive barrels to deal damage while saving ammo.
– Sometimes, Nemesis drops valuable supply cases when you (temporarily) defeat him. Nab these for high-powered ammo and coveted weapon upgrades…
– Similar to the RE2 remake, there are numerous weapon mods to find. I souped up Jill’s pistol with an extended magazine, laser-dot sight, and silencer.

For more details on what you can expect from the Resident Evil 3 Remake currently in the final stages of development by Capcom jump over to the official PlayStation blog.