Researchers at Bristol University in the UK have developed a new kind of composed of iron-rich salts dissolved in water, which responds to a magnetic field when placed in solution. Its hoped the new magnetic soap will be able to be used to help clear up oil spills from the sea, without polluting the surrounding waters.Soap is made of long molecules with ends that behave differently: One end of the molecule is attracted to water and the other is repelled by it. 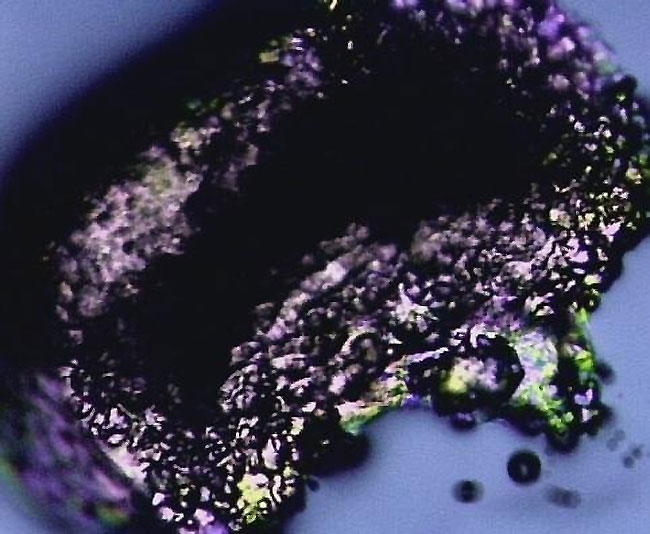 The researcher team have used the “detergent” action of soap and its ability to attach to oily, grimy surfaces, with the “water-hating” end breaking up molecules at that surface. The soap molecules then gather up into droplets in which all the “water-loving” ends face outward. Prof Julian Eastoe the least researcher within the team explains:

“As most magnets are metals, from a purely scientific point of view these ionic liquid surfactants are highly unusual, making them a particularly interesting discovery.

From a commercial point of view, although these exact liquids aren’t yet ready to appear in any household product, by proving that magnetic soaps can be developed, future work can reproduce the same phenomenon in more commercially viable liquids for a range of applications, from water treatment to industrial cleaning products.”

More technical information on the new magnetic soap can be found over on the BBC and EMS websites.