In reply to the privacy scandal that came to light earlier this year, Apple claimed that the iMessage service is secure and even the company doesn’t have access to the messages that are being sent and received. However, a group of security researchers at Quarkslab claims that Apple can read your messages if they want to. 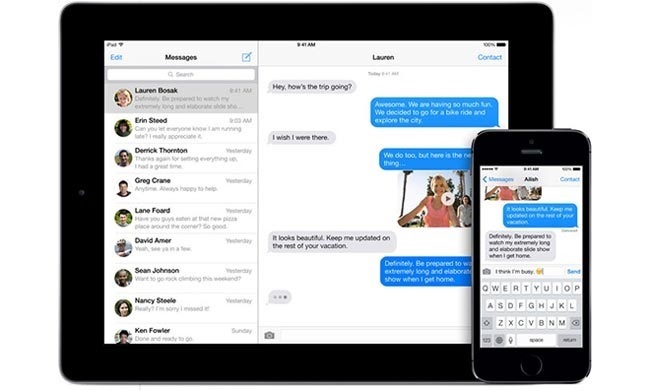 According to Apple, the conversations are protected by end-to-end encrytion that only allows the sender and receiver to see and read the message. On Thursday, the folks at Quarkslab gave a presentation and mentioned that Apple can read your iMessages if they want to or if they’re asked by a government body.  The researchers reverse-engineered the iMessage system and confirmed that it is extremely difficult. However, they also say that Apple controls the keys and infrastructure that is used to encrypt the messages between two users, and as a result, they can access it anytime they want.

As Apple claims, there is end-to-end encryption. The weakness is in the key infrastructure as it is controlled by Apple: they can change a key anytime they want, thus read the content of our iMessages.

However, do note that they didn’t say that Apple is reading the messages or they ever did so, what they are trying to say is that it is possible and they can read them if they want to, which puts their earlier claim to dust that Apple has no access to iMessage.

On the other hand, Apple is still with their earlier claim that its not accessible. Apple quickly jumped into the whole matter and issued a statement to AllThingsD,

iMessage is not architected to allow Apple to read messages. The research discussed theoretical vulnerabilities that would require Apple to re-engineer the iMessage system to exploit it, and Apple has no plans or intentions to do so.

Theoretically, they are saying that it is possible, but it would require time and resources as well, and the company has no plans to do so. Well, we have to trust Apple and hope that they’ll not put the privacy of its users at risk. What’s your take on this whole matter?