Researchers at the University of California, Berkeley, have developed a modular, high-magnification microscope attachment for cell phones. 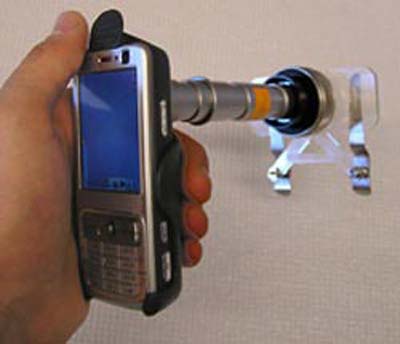 This clever device will enable health workers in remote areas to take high-resolution images of a patient’s blood cells using a cell-phone camera, and then transmit the photos to medical centers.

“The challenge was to make a low-cost, durable device with a long battery life,” says David Breslauer, a graduate student in Fletcher’s lab. “As engineers, we initially wanted to make a whiz-bang gadget to take pictures of both skin and blood. But people in the field told us, ‘Once it gets too complicated, no one is going to want to use it. Make something simple that just does the task.'”

The first prototype that was built cost about $75 to make with off the shelf parts, so expect to see these going into production in the future and they will probably cost a lot less to mass produce.