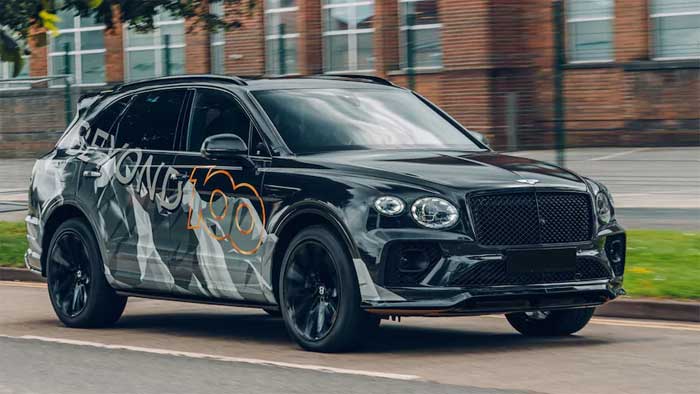 Rumors are making the rounds that Bentley is set to debut a hotter version of its SUV known as the Bentayga. The SUV is getting a facelift for the 2021 model year with only the roof, and door skins left untouched, according to reports.

Reports claim a new Speed version is in the works packing a high horsepower W-12 engine. The vehicle image above is directly from Bentley. Apparently the Speed version will be the only way to get the W-12 under the hood, and it will pack 627 hp.

The new Speed isn’t expected to get an increase in horsepower compared to the 627 it had before the makeover. The 190 mph top speed is expected to carry on, as is the blistering fast 3.1-second zero-60 mph time. You can bet it will still cost more than most homes as well.