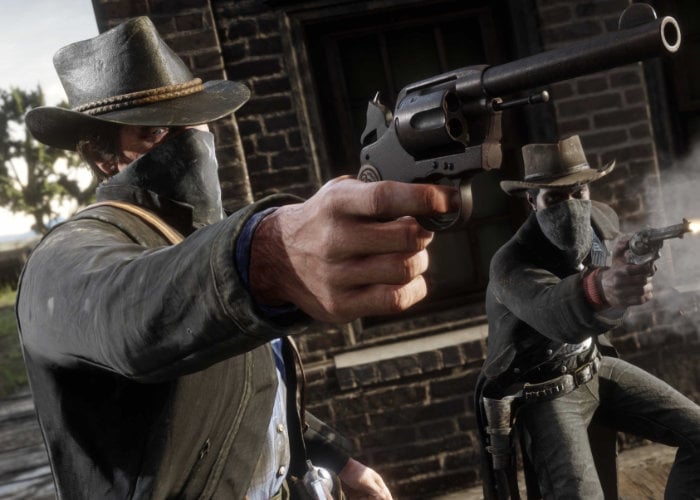 Red Dead Redemption 2 will be launching on PC November 5th and is now available to preorder exclusively via the Rockstar Games Launcher. In addition to the technical enhancements, Red Dead Redemption 2 for PC brings additional updates to the world of Story Mode, including:

3 New Bounty Hunter Missions:
– Herman Zizendorf has been stealing tools from tradesmen – track him down in Blackwater.
– Ex-Confederate Cavalry Officer Camille de Millemont is wanted dead or alive out by Catfish Jacksons, but his loyal men are never far behind.
– Bart Cavanaugh and his gang are camping out in Big Valley. Take Bart dead or alive without alerting his gang if you want to avoid a whole mess of trouble.

“Red Dead Redemption 2 for PC takes full advantage of the power of the PC to bring every corner of this massive, rich and detailed world to life from the windswept snowy peaks of the Grizzly Mountains to the dusty roads of Lemoyne; from the mud-spattered storefronts of Valentine to the cobbled streets of St Denis. New graphical and technical enhancements for deeper immersion include increased draw distances for better navigation; higher quality global illumination and ambient occlusion for improved day and night lighting; higher quality snow trails, improved reflections and deeper, higher resolution shadows at all distances; tessellated tree textures and improved grass and fur textures for added realism in every plant and animal.”