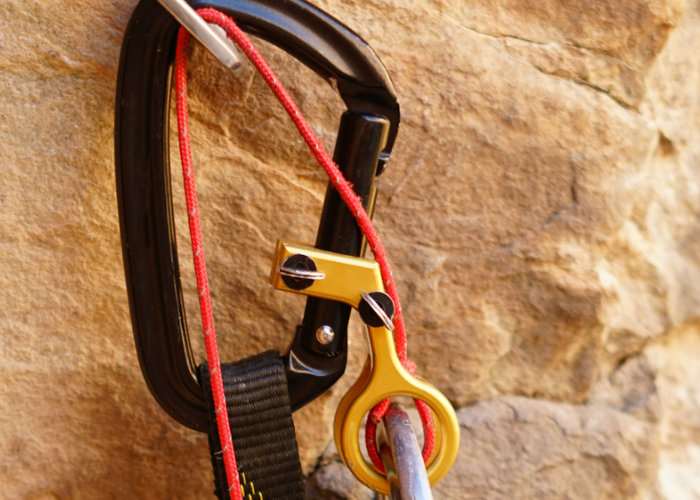 Recovering your climbing gear while on a rock face can sometimes be a little tricky, requiring you to leave your gear for collection on the return journey or by another member of your team. DC Mountaineering have designed a new system specifically created to help you recover your lost climbing gear. Named Firefly the system allows you to “push your limits with confidence” with the knowledge you will be ale to easily recover your climbing gear when required. Watch the demonstration video below to learn more about this indispensable climbing accessory.

Firefly has this week launched via Kickstarter with the aim of raising $15,000 over the next 44 days to go into production. Earlybird pledges start from just $28 with shipping expected to take place during March 2018 if the crowdfunding campaign is successful. The development team behind Firefly explain more about its inspiration, design and Kickstarter campaign.

Dallin Connell, our founder, was out rock climbing one day when he was forced to bail off a route. When a climber bails off of a route mid-pitch the climber has no choice but to either leave expensive gear or risk their safety as they leave the wall. That just wasn’t good enough for Dallin. He believed a climber should never have to choose between safety and equipment — so he went to work. DC Mountaineering is committed to innovation that stays true to the spirit of the outdoors and enhances the overall experience in them. The Firefly is the first of its kind and will be joined by other outdoor products that enable all those who explore the tools to do so. We’re route setting, pushing limits, and doing things that have never been done all while preserving the heritage of mountaineering and empowering the climber!

Here at DC Mountaineering we have spend over a year working on developing the product and making it ready for our customers. We have also been working with manufactures and experts to make sure that everything runs smoothly. Our expected fulfillment goal is March 2018. The firefly is fully functional however there are slight modifications that we are working on to enhance it for wired gate carabiners. Those enhancements are on track to being completed. They have been given a significant buffer in case things take longer than expected but they will be done before the end of the kickstarter campaign. By the end of the campaign DC Mountaineering will be ready to fulfill mass orders.

For more details, specifications and demonstrations jump over to the official Kickstarter campaign page via the link below.