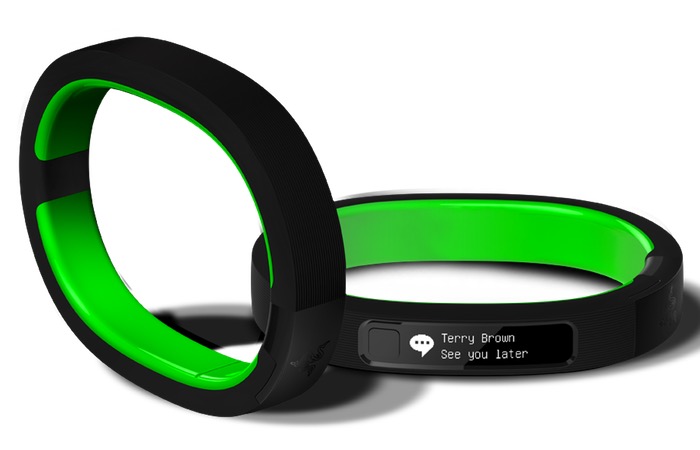 Originally unveiled at the beginning of this year during the CES 2014 technology show in January, very little has been heard about the new Razer Nabu smartband since, and it now seems that Razer has been busy finalising the design for a consumer launch.

This week the Razer Nabu smartband has been spotted making its way through the FCC and indicates that the Nabu might soon be available to purchase, directly from Razer and its stockists.

Since it’s unveiling back in January a few changes have been made by Razer, who have removed the top display and only left the private displayed intact underneath it seems. Requiring the user to tilt their wrist to be able to view it.

As you might have already guessed the Razer Nabu smartband is a Bluetooth device that connects directly to your smartphone device, notifying you of incoming calls, messages and alerts.

Razer is currently still in the process of developing the firmware for their new smartband and has also created a set of developer tools and utilities that will enable third-party developers to create applications, or link directly to the Razer Nabu using Bluetooth.

The Razer Nabu is expected to launch in the US within the next couple of months and be priced under $100. As soon as any more information is announced or leaked we will keep you updated as always.