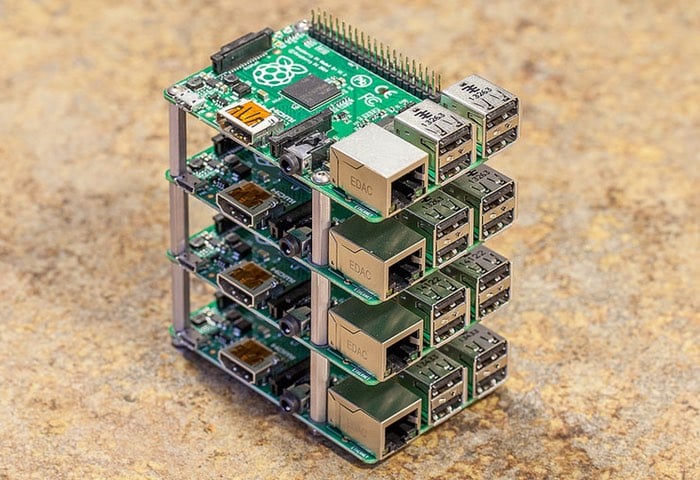 Jonathan Muller based in Geneva Switzerland has taken to Kickstarter this month to raise the small amount of funds he requires to take his RaspTOR TOR search engine to the next level. RaspTOR has been specifically designed to be used with a Raspberry Pi clusters indexing TOR hidden services (.onion).

Making them readily searchable to the privacy-concerned public, watch the video below to learn more about this new RaspTOR project which is taken to Kickstarter Fr.500 over the next 20 or so days.

Muller explains more about the inspiration behind RaspTOR and its features and functionality when combined with a Raspberry Pi cluster.

RaspTOR is a search engine for the TOR network. TOR is an alternate web which provides anonymity to it’s users. RaspTOR runs on a Raspberry Pi master-slave cluster. Raspberry computers were used because of their low cost, allowing me to host them at home instead of putting them on an external server. As RaspTOR grows, more computing units can be added progressively. It is efficient and also quite fun.

There already are TOR search engines : Yes, but they seem less performant than RaspTOR. For instance, presently the two biggest search engines ahmia.fi and onion.cab list respectively 3477 and 2470 online sites, while raspTOR already has 9’273 active domains in its database (more details in the following section) ! Moreover, the results returned by current TOR search engines are mostly irrelevant… (try for yourselves : search for “house purchase” on both of them…)

4 Raspberry Pi computers (1 master & 3 slaves) are crawling through the TOR ONION Network, indexing it and discovering new sites. The indexing algorithm does not use a predefined dictionary, but instead grows when it encounters new words. This means that all the langages are technically supported and that proper nouns, usernames and uncommon words are also searchable. URLs are periodically rechecked to confirm they are online.

For more information on the new RaspTOR project jump over to the Kickstarter website for details and to make a pledge via the link below.