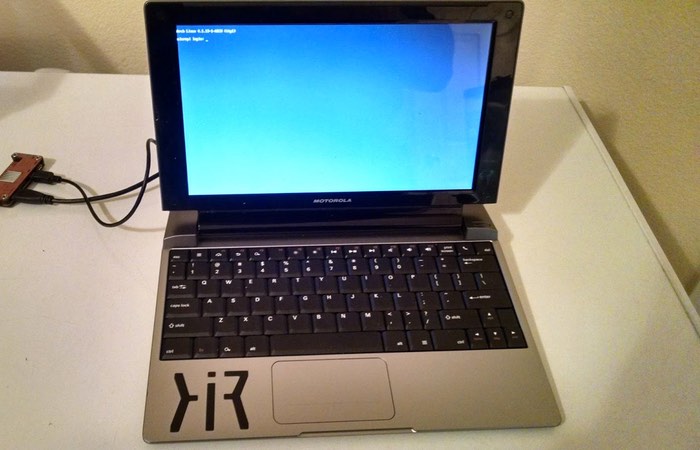 Developer Ax0n has this week published details on how a Raspberry Pi Zero mini PC can be used to transform a Motorola Lapdock 100 shell into a fully working Raspberry Pi laptop.

Originally the Motorola Lapdock was designed to be connected to a smartphone, which provided all the processing power, while the Lapdock provided a larger screen and full-size keyboard for the user to enjoy whilst creating larger documents and a more comfortable working environment.

The Motorola Lapdock has been used on a variety of different Raspberry Pi mini PC projects previously but it’s only now that the Raspberry Pi Zero with his slim form factor has been used to create a complete stand-alone laptop system powered by the Pi hardware. Its creator explains a little more about the project :

A lot of folks have used the Motorola Lapdock as a portable complement to the Raspberry Pi. It usually ends up as a big mess of cables. My Lapdock was actually used a lot with my last phone, as it was intended to. Occasionally, people would ask me if I was using it for a Pi. My response was “If I can figure out how to fit it inside, I’ll try.”

I always figured it would involve de-soldering all the GPIO headers, network and USB jacks to make it thin enough to fit, then a bunch of soldering to hard-wire everything together. With the announcement of the Raspberry Pi Zero, I knew it was finally time. I did a little bit of recon inside the Lapdock case. Plenty of room for a Raspberry Pi Zero and some cables. 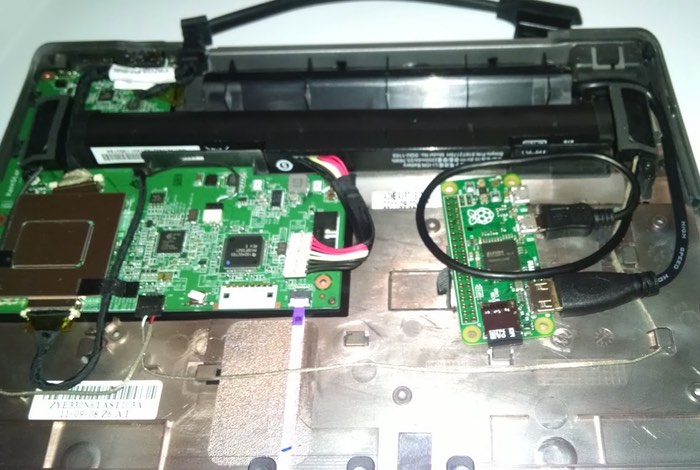 For more information and full instructions on how to create your very own Motorola Lapdock Raspberry Pi Zero laptop jump over to the HiR website via the link below. If you found this article interesting you might also be interested in this list of awesome Raspberry Pi Zero projects we have put together.