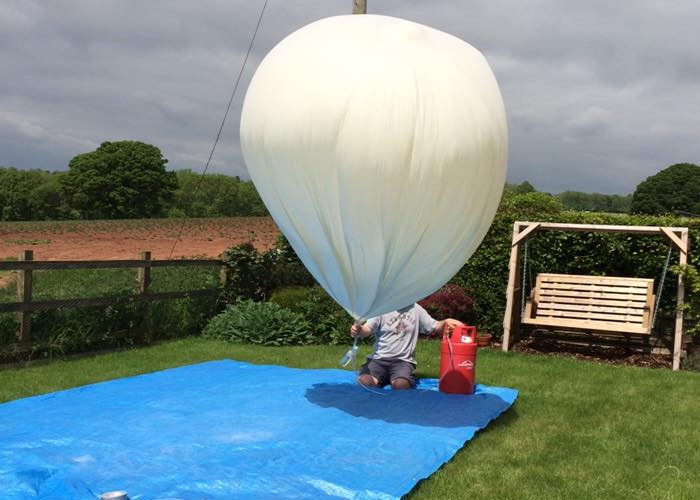 Raspberry Pi enthusiasts that are interested in sending the mini PC up to the edge of our atmosphere might be interested in a new high altitude ballooning record which has been set by Dave Akerman.

Dave has become an expert on launching and tracking down the Pi hardware once it falls back to earth and for this flight has created a new chase car computer that is equipped with a raspberry Pi model B mini PC together with a GPS receiver and a few other components.

Check out the video below to see the new chase car computer in action, as well as learn more about the new Raspberry Pi Zero which is equipped with a camera port making it perfect for high altitude flights due to its lightweight construction and low-power requirements

Dave “high-altitude ballooning” Akerman explained more about the project and the components he used.

As many reading this will know, I flew the new Pi Zero on the day it was announced, in order to test a prototype of our new PITS-Zero tracker board. I’d been pleading with Eben since I first saw a prototype of the original Pi Zero, that its low weight would be ideal for live-imaging HAB applications, if only it had a camera port. The camera is much the entire reason for using a Pi for HAB – if you don’t want pictures then a smaller/lighter/simpler AVR or PIC microcontroller will easily do the job (and with less battery power) – so I felt that the CSI-less Pi Zero was a missed opportunity. Eben agreed, and said he would try to make it happen.

So, when I received a sample Pi Zero with CSI port, I was keen to try it out. However launching an unreleased device, to possibly parachute down in front of a curious Pi fan, might not be the best idea in the world, so I had to wait. Fortunately the wind predictions were good for a balloon launch on the Pi Zero CSI launch day, and the flight went well albeit the burst was rather lower than predicted (balloons vary).

For this flight, I tried out my new chase-car computer. This has a Pi B V2, Pi touchscreen, LoRa module, GPS receiver and WLAN (to connect to a MiFi in the chase car). The user interface mimics the Star Trek LCARS panels, and was written in Python with PyQt. It receives telemetry both locally (LoRa, or RTTY via a separate PC) and also from the central UKHAS server if connected via GSM.

For more information on creating your very own Raspberry Pi powered high altitude recording system jump over to the official Dave Akerman website via the link below. If you enjoy building Pi projects you might be interested in our comprehensive list of Raspberry Pi displays, HATS and small screens.