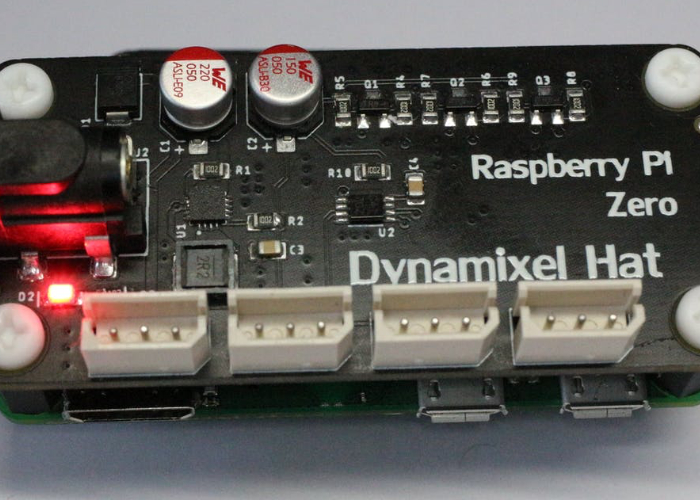 “The Raspberry Pi Zero Dynamixel Hat its a easy to use board that allows you to connect and communicate with Dynamixel Servo Motors by using the Savage Electronics AX interface circuit, providing the half duplex communication needed by this motors, its implemented in it a voltage converter for all the signals to the Raspberry allowing a secure communication in terms of logical levels.

It also implements a TPS62143 which is a synchronous step-down DC-DC converter optimized for applications with high power density, This regulator will let you power your Raspberry directly from a battery and also provide power to your motors.”

To learn more about the Raspberry Pi Zero Dynamixel Hat jump over to the official hacks rhino project page created by its maker Josue Alejandro.