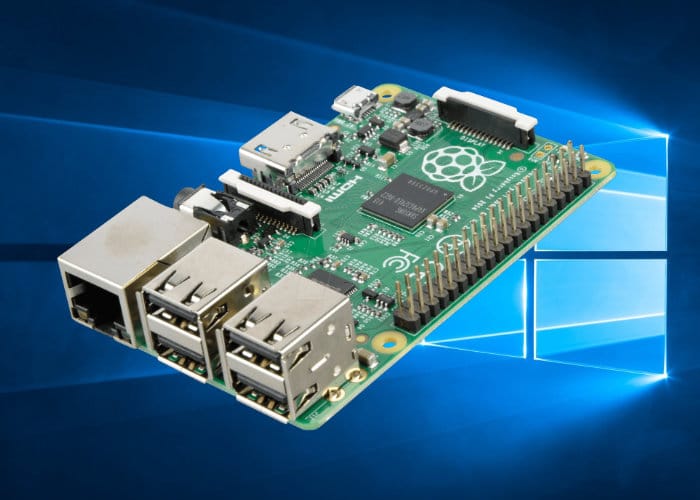 Microsoft has released two versions of its latest Windows 10 operating system designed specifically for Internet of Things applications and are available as the Microsoft Windows 10 IoT Core and Windows 10 IoT Enterprise.

– A copy of Windows 10 IoT Core Dashboard – downloadable from the official Microsoft Website located here.
– An input device to select language during installation
– A display to view the proceedings;
– An HDMI cable to connect Raspberry Pi to Display (either computer or TV)
– SD Card to be able to install the OS onto Raspberry Pi
– A shared WiFi connection

Once you have transferred and installed the Windows 10 IoT Core on the blank SD card connect your mini PC to your monitor and power it up. The Windows Club website explains “As soon as you power up the Raspberry board, it boots and installs Windows IoT Core on itself. Now it is time to install your app to the Raspberry board. You can use your app or use one from the samples available in the Dashboard. Each sample is interconnected to an online help page telling you how to use it.”