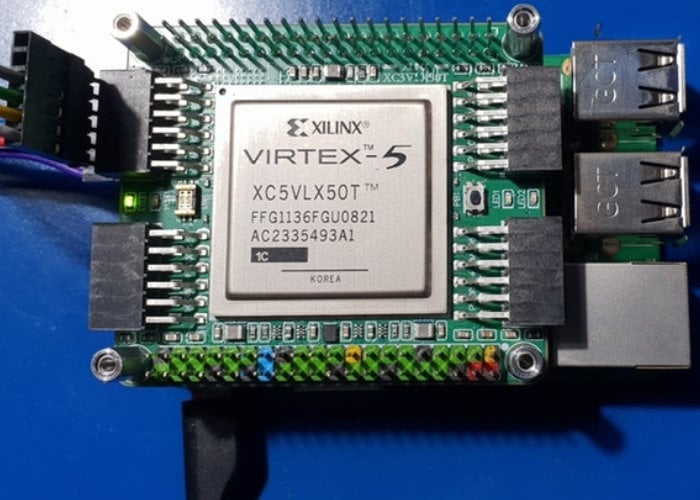 Raspberry Pi enthusiasts at SRKH Designs in Sydney, Australia have created a new Raspberry Pi hat called the NovaPi NP01 offering a new Xilinx Virtex-5 FPGA hat designed to suit Raspberry Pi and its clones. A small production run of just 25 Raspberry Pi HATs is being made available with each one priced at AU$399 or roughly £225. Once the crowdfunding campaign comes to an end worldwide shipping will start in October 2019. Possible applications for the stackable Raspberry Pi Virtex-5 FPGA HAT include :

Watch the demonstration video below to learn more about the stackable Virtex-5 FPGA Pi HAT and its features.