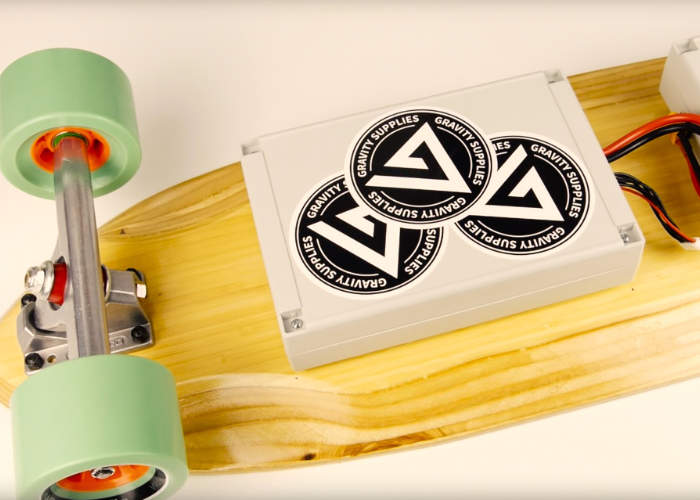 Raspberry Pi enthusiasts might be interested in a new project which has been published by the Raspberry Pi Guy, Matt Timmons-Brown, who has put his skills to great use and built a Raspberry Pi powered skateboard that is capable of speeds up to 30 km/h.

Watch the video below to learn more about the Raspberry Pi skateboard build that uses a Wiimote to control the speed and connects to a Raspberry Pi Zero using Bluetooth technology.

The official Raspberry Pi Foundation website explains a little more about the build after giving the skate board a go.

This is a beautiful build, with a Bluetooth-connected Raspberry Pi Zero controlling the speed of the brushless motor that drives the board. Matt’s using a Wiimote to control the speed, and terrifying the residents of Cambridge into the bargain.

The metal boxes underneath the skateboard that Matt’s made to house the battery and electronics are, in a way, the most important part of the build. When you’re tooling along at 30kmph, the last thing you want to do is to grate your lithium-ion battery on the tarmac at speed.

Matt visited Pi Towers to show us what he’d made, and Gordon had a go. You’ll want to turn the sound on.