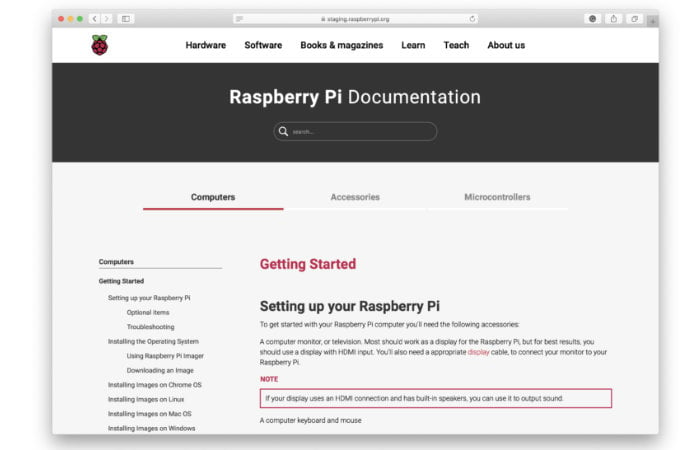 The Raspberry Pi team has this week announced the launch of their new Raspberry Pi documentation resources website moving away from the previous Github repositories written in Github flavored Markdown to a more organized Raspberry Pi resource built and deployed directly from the documentation repository using Github Actions. The team has also revamped the Raspberry Pi commercial applications Product information Portal or PIP where documents such as regulatory paperwork, product change notices, and white papers will be stored and accessed from now on. 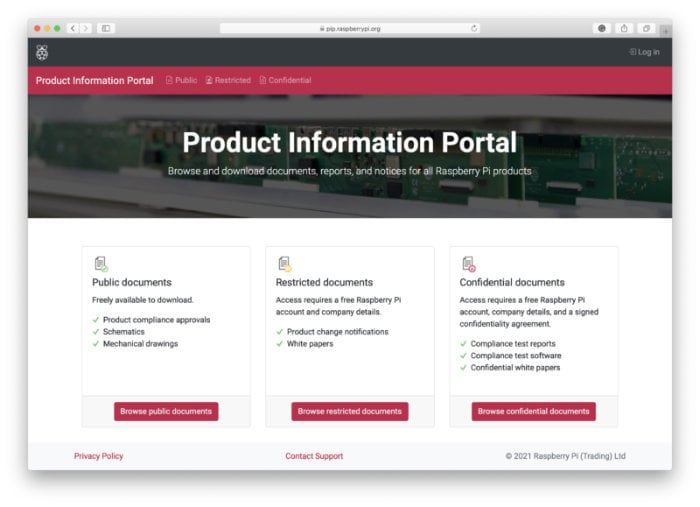 “We’ve always taken pull requests against the Markdown-based source behind our documentation site. Over the years as the documentation set has grown there have been hundreds of community contributors, who have made over 1,200 individual pull requests, ranging from fixing small typos, to contributing whole new sections.

With the introduction of the new site, we’re going to continue to take pull requests against the new Asciidoc-based documentation. However, we’re going to be a bit more targeted around what we’ll to accept into the documentation, and will be looking to keep the repository focused on Pi-specific things, rather than having generic Linux tutorial content.”