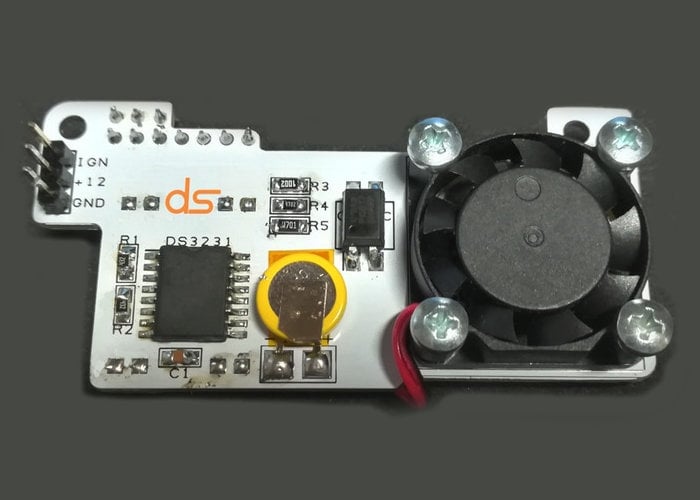 Giuino based in Palermo, Italy has created a new Raspberry Pi accessory in the form of the Pi PowerBoard, which offers a Raspberry Pi programmable power board and all in one solution for your next Raspberry Pi project. Equipped with a real-time clock (RTC), fan, battery voltage monitor, 12v power input and a remote trigger the Pi PowerBoard is now available to back via Kickstarter with early bird pledges available from €25 or roughly £22.

If all goes well and the project raises its required pledge door over the next 30 days worldwide shipping is expected to take place sometime before 2019. It’s creator explains more about the inspiration behind the Raspberry Pi power board and its features.

“I needed a way to power a Raspberry Pi and a 7inch display in my car, a way to sense ignition key and power On/Off the screen and, in turn, cleanly shutdown the Pi and the buck converter. Being it a Dash/CarPc I needed to keep startup times reasonable and avoid continuosly power on/off the Pi (thinking of a normal car usage, start in the morning, go to work, get back and stop at the mall and so on)…

I made a tiny board with a 12v->5v buck converter rated 3a@5v, an Attiny85, a separate linear voltage reg for the Attiny, an RTC DS3231, a backup battery (for RTC), and a 25mm fan. The Attiny85 senses ignition switch, car battery voltage and Raspberry Pi status (Powered On, Powered Off or Screensaver), then (based on a Python script on your Pi) determines to shut off the buck converter or keep it on.”

For more information and full specifications as well as a complete list of all available page options jump over to the official campaign page by following the link below.