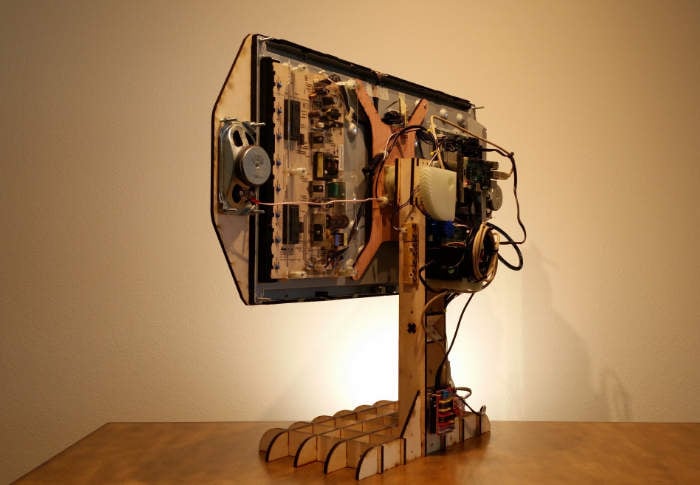 Watch the video below to learn more about this unique project which has been published to the Hack A Day website with full instructions to help you create your very own. The images of the picture frame are stored on an SD card but Tim had plans to import them directly from Google photos but was unfortunately hindered by API limitations.

My original vision for this project was to have the pictures get pulled down from Google Photos as they are displayed, and have the slideshow randomly display any picture from my Google Photos account. Unfortunately, the API for google photos only allows for uploading or editing details of already uploaded pictures. There is no API support for downloading or viewing pictures from Google Photos. Instead I put a huge SD card in my Raspberry PI and downloaded all my albums from Google Photos to display on frame. They will need to be manually updated as I take more pictures

The slideshow running on the Raspberry PI uses PyGame to manipulate and display the photos. The python “exifread ” library is used to pull the embedded orientation data from the photos. That info is combined with the pixel width vs height to automatically rotate all vertical (and flipped) photos to horizontal, then the screen is physically rotated to make vertical photos be vertical again.

As I mentioned in the video, the Raspberry PI sends commands to an Arduino to rotate the screen. I didn’t try having the Raspberry PI generate the STEP, DIR and ENABLE signals and have it control the A4988 directly. I had the Arduino and Stepper driver available, so that’s what I used. The Arduino code is pretty simple. It just waits for a specific character over the serial port, then rotates the screen when it is received. There isn’t any position sensing, so the Arduino expects to be started with the screen horizontal and then I just counts steps.

Initially I found motion to be quite noisy. The open frame design radiates sound quite well, so I reprinted the stepper motor mount and pinion gear out of flexible filament. That drastically reduced the amount of sound you hear from the stepper motor. You can see in the video to blue plastic parts are the flexible ones.

For more information on the new Raspberry Pi powered rotating picture frame and to make your very own jump over to the Hack A Day website for details by following the link below. If you enjoy building Pi projects you might be interested in our comprehensive list of Raspberry Pi displays, HATS and small screens.