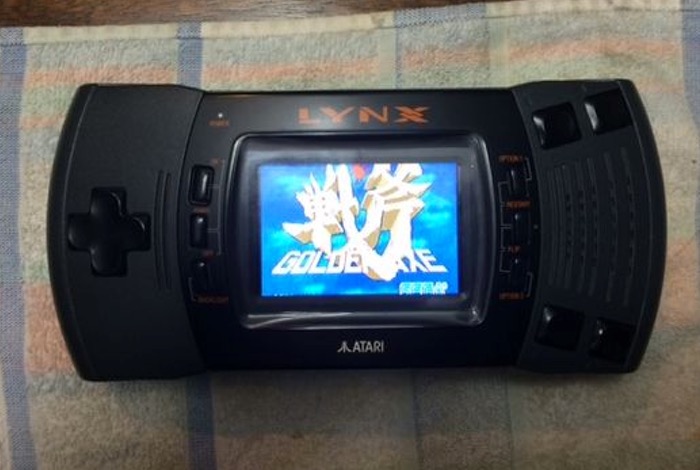 Raspberry Pi mini PC enthusiasts that also enjoy a little retro gaming might be interested in a new project that has been published over on the Instructables website by user David Hooker.

David has taken his Raspberry Pi and accompanying hardware used to create his awesome arcade game emulator, and neatly fitted it all into a retro Atari Lynx games console.

Originally the Atari Lynx was a 16-bit handheld game console that was released by Atari back in September 1989, and was the first handheld console with a colour display. David explains a little more about his project :

“This project is the summation of various similar tasks to use a Raspberry Pi as a portable games emulator. It’s heavily indebted to the excellent and fun Adafruit PiGrrl project and DDG’s great work to add sound to that project here.

Whilst I was happy with the results of the PiGrrl project, the fact that it used the Framebuffer to output to the TFT screen limited what emulators could run on it. So I decided to try something similar but using a more normal display method of the composite out port and a TFT screen which would allow me to run MAME4ALL, PCSX and various other emulators for things like the SEGA Genesis, Nintendo SNES, MS-DOS and of course the Atari Lynx.

I always liked the Atari Lynx as a device (although I never had the pleasure of owning one as a kid). It’s chunky, well-designed and the Atari Lynx 2 is wide enough that it should fit everything in relatively easily. So I thought I’d put it all in one of those.”

For more information on the new Raspberry Pi Atari Lynx project jump over to the Instructables website for full details, component list and detailed instructions on how to create your very own via the link below.