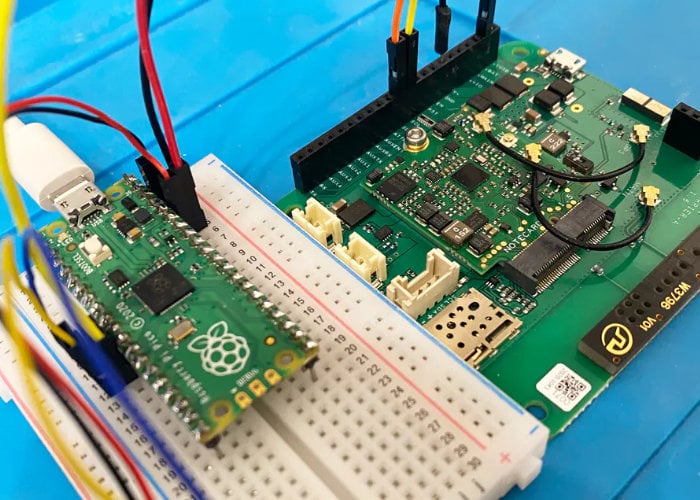 “Like most of the maker world, was caught totally by surprise last week when the Raspberry Pi team announced their first microcontroller, the Pico. A custom, dual core, M0+ for 4 bucks? Sign me up!I got my Pico this week and it’s an impressive little device with lots of GPIOs, peripherals, and support for both C and MicroPython. And since the Notecard Python library supports MicroPython, CircuitPython and Python out of the box, I figured I’d wire up the Notecard and show off how you can use the two to add cellular connectivity to your Pico projects.”

“First things first, I needed to get MicroPython on my Pico. I initially used the UF2 image from the official Pico documentation, but discovered quickly that, as of my initial experiments, that distribution didn’t include the MicroPython ujson library and since the Notecard speaks JSON, and the note-python library depends on JSON support, I had to find an alternative.”

For more information on the project and complete instructions on how to set up your very own Raspberry Pi Pico cellular IoT connection jump over to the Hackster.io website by following the link below

“Thankfully, the Pimoroni team has a Pico-compatible fork of MicroPython that includes ujson, so I downloaded a recent UF2 from their repo. Then, following the official getting started guide, I held down the BOOTSEL button on the Pico as I plugged the board into USB and dragged the UF2 file onto the RPI-RP2 mass storage device on my machine. And just like that, I was running the Pico with MicroPython.”