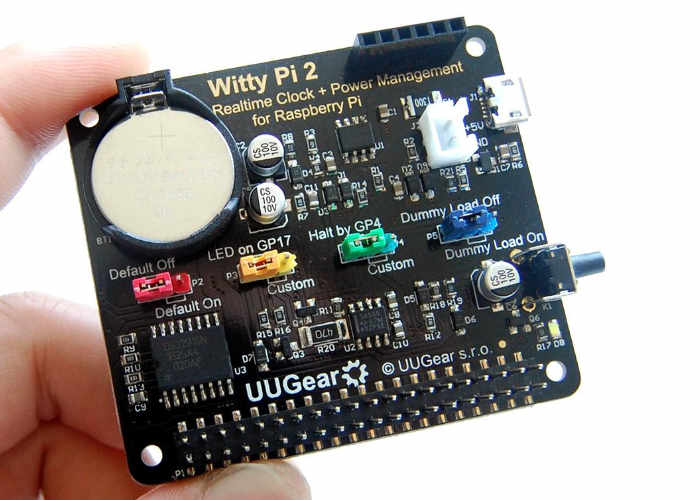 – Single tap on the button to gracefully turn on/off Raspberry Pi.
– After shutdown, the power for Raspberry Pi and all its USB peripherals are fully cut.
– Raspberry Pi knows the correct time, even without accessing the Internet.
– You can schedule the startup/shutdown of your Raspberry Pi.
– You can even write a script to define complex ON/OFF sequence.