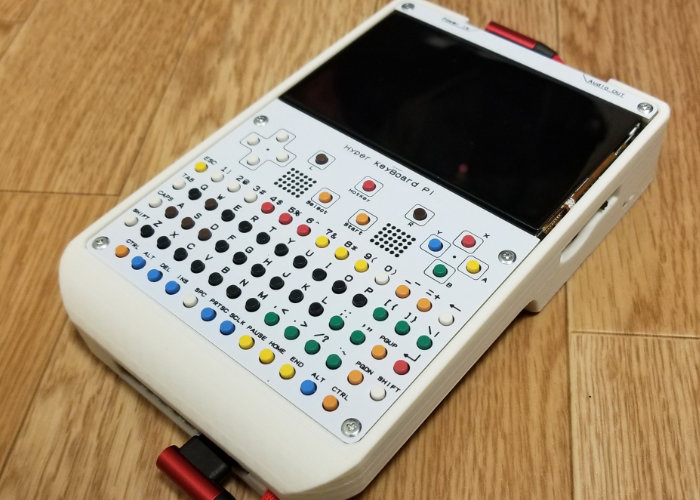 Following on from the previously released keyboard and display accessory for the Raspberry Pi Zero W, a new Raspberry Pi 3 Model B version has been launched transforming the mini PC into a games console and handheld PC system. The Hyper Keyboard Pi is an experimental kit designed by Japanese developer @chinjinson that lets you build a 4.7 x 3.9 inch handheld computer, complete with a physical keyboard and game controller buttons. The Hyper Keyboard Pi kit is now available priced at ¥ 6,980 or roughly $64.

After purchasing the kit you will also need to purchase a few other components including a battery, microSD card and display in the form of a HyperPixel 4″ touchscreen display. The kit will also require a case of some description, which can be helped if you have access to a 3D printer.

Jump over to the Liliputing website by following the link below for more details on the kit and its components, which writes : “Is this the most affordable way option for handheld gaming, web browsing, or media playback? Probably not. Once you add up the price of the components ($35 for the Raspberry Pi, $65 for the kit, $50 for the screen, etc), you might easily end up spending $200 or more on parts… and at that rate you’d probably be better off just getting a cheap smartphone.”