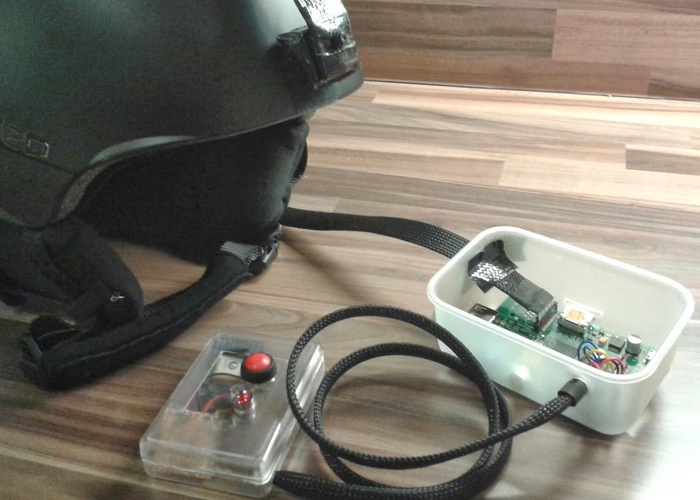 Makers looking for a new projects to use with their Raspberry Pi mini PC might enjoy this awesome helmet camera and GPS logging and plotter system that has been created by Martin O’Hanlon.

The Helmet camera system is power by a Raspberry Pi and was specifically designed to capture Martin’s exploits while snowboarding and is capable of capturing speed, altitude and temperature, as well as record video footage.

Martin used his Raspberry Pi GPS tracking car dash camera as inspiration for the helmet camera, and its code by tweaking the system to be wearable, explaining :

“When the camera is started , the program uses the excellent python module, picamera, to start the video capture and writes the gps and temperature data to a file while the video is recording.  I made a change to the picamera module (which has since been introduced).

This gave me a function to read the current frame number while the video was being recorded, allowing me to sync the data I have read to an exact position in the video. I Then use the data file to create a data video which I ultimately overly on top of the video taken from the helmet cam.”

For more information on the Raspberry Pi helmet camera and GPS logging system jump over to the Stuff About Code website for details.