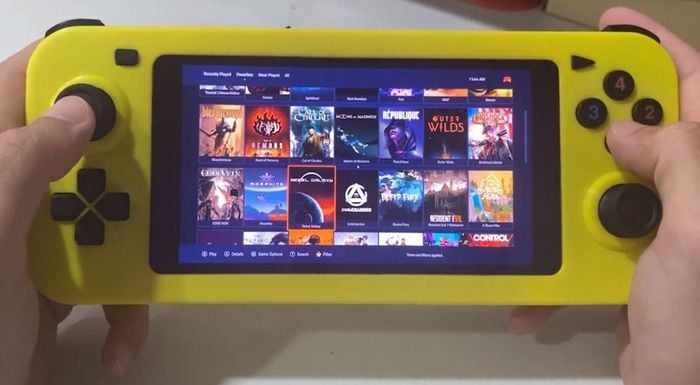 If you are searching for inspiration to build your very own Raspberry Pi handheld games console you may be interested in a new system created by “Tombston”. the Raspberry Pi console is equipped with a 5.5 inch Waveshare screen offering users a 1080p resolution and is powered by a Raspberry Pi Zero W.

“It runs on a Pi Zero with a tiny 5GHz WIFI dongle and uses a TeensyLC to handle all of the inputs. The streaming is done with Moonlight, which runs surprisingly well on a Pi Zero. I’m able to get full 1080 at 60fps, albeit with a reduced bitrate (occasional color-banding, which doesn’t bother me too much). At 720, it runs great at the default bitrate. With a 2500Mah battery, I’m able to usually get 2.5-3 hours of streaming.” 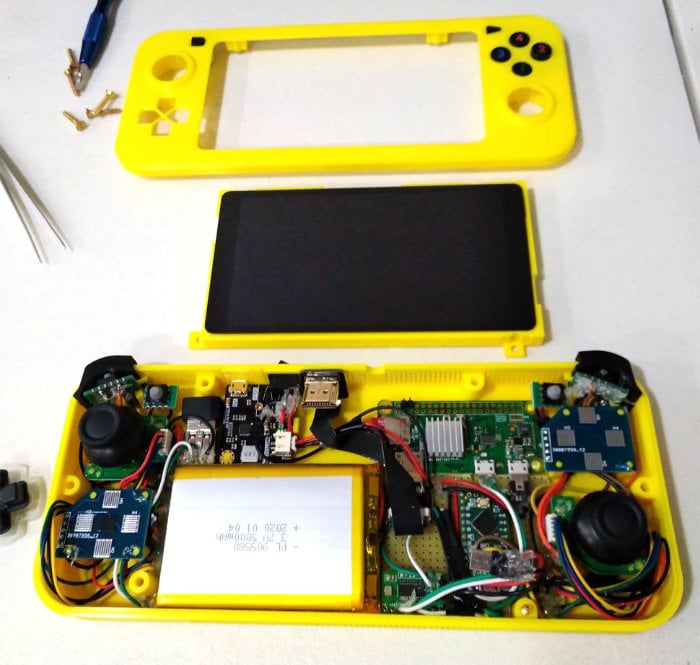 “I actually finished this months ago but finally got around to taking some video to post. The video doesn’t really do it justice – everything came out oversaturated. You’ll just have to trust me that it looks much better in person :)”

The big improvements for this version:
– Massively improved ergonomic design
– Much bigger battery thanks to smaller components and cleaner internal layout
– Bluetooth headphone support
– Now able to use full bitrate (20Mbps) for 1080@60fps thanks to some custom optimizations
– Gave it an official name 🙂

For more information on the Raspberry Pi handheld games console project and the previous versions created by Tombston, jump over to Reddit.