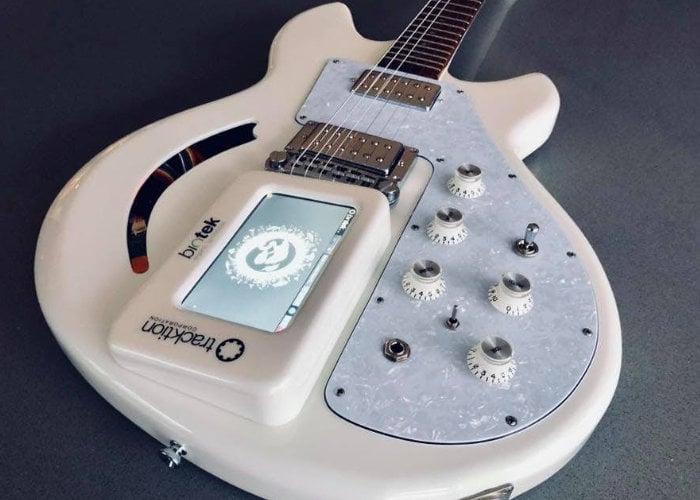 Ahead of the upcoming NAMM 2019 Show taking place later this week from January 24th – 27th in California and showcasing new music technology and instruments. A new concept guitar has been unveiled equipped with a Raspberry Pi to combine a touchscreen BioTek 2 synthesizer and string guitar in one device.

The concept guitar has been created thanks to a collaboration between Lucem Custom Instruments based in the United Kingdom and Tracktion Corporation based in Seattle. Named to the Spirit Animal the concept guitar is equipped with a BioTek 2 software synth X/Y pad displayed on a 5 inch touchscreen mounted behind the hardtail bridge of the twin humbucker double-cut guitar. 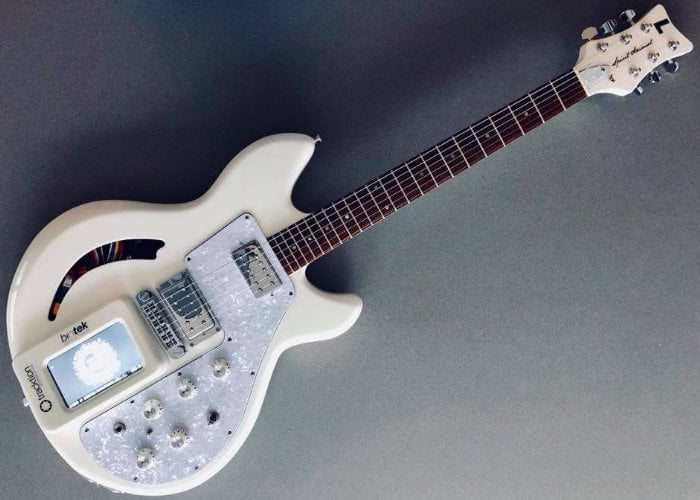 Powered by a Raspberry Pi mini PC located internally in the guitar the touchscreen is slightly angled to provide easier access for the musician and the BioTek 2 application which would normally require a laptop providing a sampling and synthesis design playground.

The concept guitar is also equipped with 500 patches created by Richard Devine and Christian Halten and features 22-fret rosewood fingerboard with dot inlays, chrome 3×3 tuners, a three-way pickup selector and five volume/tone dials. Unfortunately, no information on pricing or worldwide availability has been released as yet for the guitar concept, but as soon as information comes to light, we will keep you updated as always.