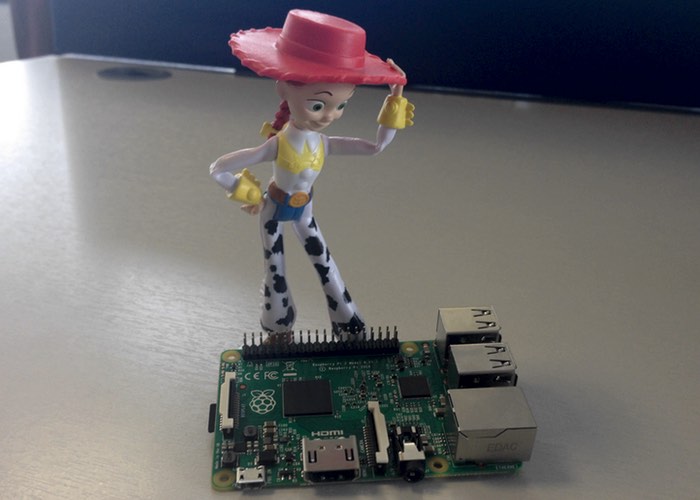 Today the Raspberry Pi Foundation has released a new version of its Raspbian operating system in the form of Jessie, that brings with it a wealth of new enhancements, tweaks and features.

Although most of which will be invisible to the everyday end-user, and take the form of modifications to the underlying system to improve performance and flexibility say the Foundation.

Jessie includes code that has enhanced the control of system processes, and as with any update, there are numerous bug fixes and tweaks. The Raspberry Pi Foundation explains more :

The first thing anyone starting the new Jessie image from scratch will notice is that the default behaviour is to boot straight to the desktop GUI, not to the Linux command line. This was a decision taken because this is the expected behaviour for all modern computers; the default interface for a personal computer in 2015 is a desktop GUI, not just text on a screen. It is still possible to set the Pi to boot to the command line for people who prefer that – just toggle the relevant setting in the Raspberry Pi Configuration application described below.

When the desktop launches, you might notice some slight tweaks to the appearance of things like menus, check boxes and radio buttons. This is because the appearance of Raspbian is now based on version 3 of GTK+, the user interface toolkit used for the LXDE desktop environment. The older version 2 of GTK+ is slowly being replaced with version 3 in many applications, so this change was inevitable at some point – the new appearance isn’t a huge change, but does look slightly more modern. Many of the applications in Raspbian are still using GTK+ version 2, but the PiX theme for GTK+2 has been changed to bring it into line with that for GTK+3

For more information on the new Jessie Raspbian operating system jump over to the official Raspberry Pi Foundation website for details via the link below.