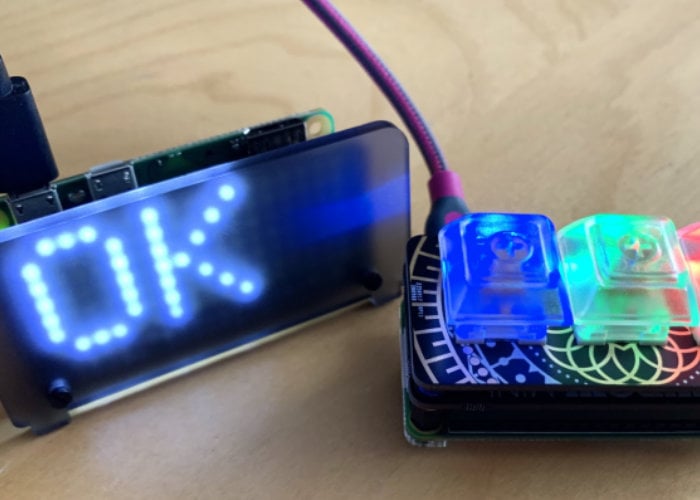 You need to keep unwanted guests out of your office or bedroom you may be interested in a new Raspberry Pi digital do not disturb sign project published to the official Raspberry Pi magazine website this week. Offering an easy to build project using the Raspberry Pi Zero W mini PC together with a Scroll pHAT HD and small mechanical switch equipped keypad.

“In this tutorial we’re going to use a popular messaging protocol, MQTT (Message Queuing Telemetry Transport). With MQTT we will set up a simple do-not-disturb sign that you can trigger with a single key press and customise to your heart’s content. We’re using two Raspberry Pi Zero W computers for this project, although it will work with any recent model. For both, we recommend installing Raspberry Pi OS Lite (magpi.cc/software) as we don’t need a desktop interface. Make sure both devices are working and connected to the same network. We also recommend setting their host names by running sudo raspi-config at the command line, then going to System Options > Hostname. We chose ‘busybot’ for the sign and ‘buttonbot’ for the controller and that’s how we’ll refer to them throughout this tutorial.”

“Join in with #MonthOfMaking in The MagPi magazine. Discover new ways of making with Raspberry Pi using crafts, wearables, recycling and upcycling, arts and photography. Share your creativity with the rest of the Raspberry Pi community and join us for a month of creativity.”