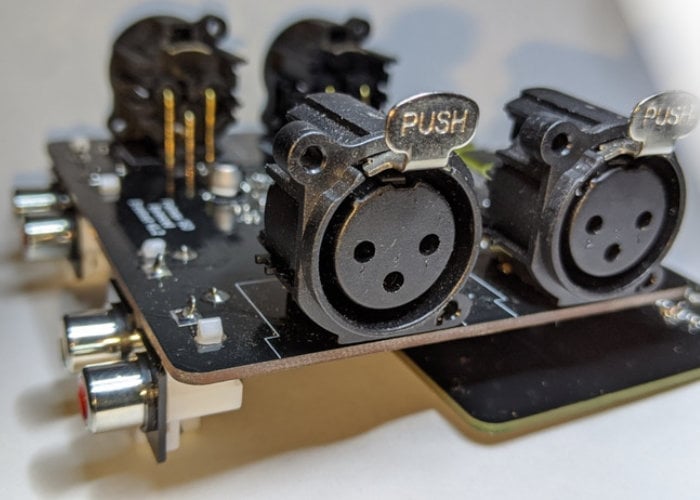 Fatmax Studios base in Sydney Australia created a new Raspberry Pi audio injector isolated DAC and ADC, which is launched via Kickstarter this week and is now available to back with early bird pledges starting from £40 or AU$80. The amendment team responsible for creating the isolated DAC explain more about its inspiration.

“We had the idea – what if the sound card was floating ? What if it never knew it was controlled by an embedded system – what if it was ISOLATED ? So we invented it! As a metaphor, we isolate ourselves from a virus to protect ourselves and our community. By isolating, we make sure that no matter what happens outside, we aren’t affected by it and we can’t effect anyone.”

“In a similar way, by isolating your sound card, the acoustic pathway is not affected by anything it is not directly connected to – it means it will sound very clean with a very low noise floor. For example if you plug your embedded system into your office or house main grid, you are connecting it to every other electrical item plugged into the same wiring. This includes electrical products plugged into the same building or even somewhere on your street. Without isolation, all of these electrical items plugged into the same electrical main grid have the potential to effect your acoustic pathway and inject noise which you can hear in your recordings or speakers. We bring you the ISOlated sound card. It has a DAC and ADC which float with your amplifier, speakers and sound source. Your DAC and ADC generate the acoustic signals you intend them to, without being affected by noise, because they are isolated.”

– Raspberry Pi 40 pin standard header (suits Pi 0, 2, 3, 4 & expected future versions)
– Isolated acoustic pathway allowing further simplification in analogue design
– Isolated acoustic pathway ensuring no embedded nor mains grid noise (e.g. hum)
– Main soundcard with all input, output and mute codec lines broken out
– Main soundcard with +-12V and phantom power lines provided
– Main soundcard with GPIO lines broken out for preamplifier control
– Balanced preamplifier board with XLR and RCA connectors.
– Preamplifier board can be changed for different ones with other features.
– We have future proofed the preamplifier connectors to allow all sorts of different designs to be made, for example microphone preamps, headphone amps, phono preamplifiers.
– Build your own preamplifier PCBs and attach them (implements the Audio Injector Analogue Breakout Standard v1)
– Integrated into Linux (for Rasbian – Raspberry Pi) and the ALSA machine driver is easily ported to other Linux based embedded systems.