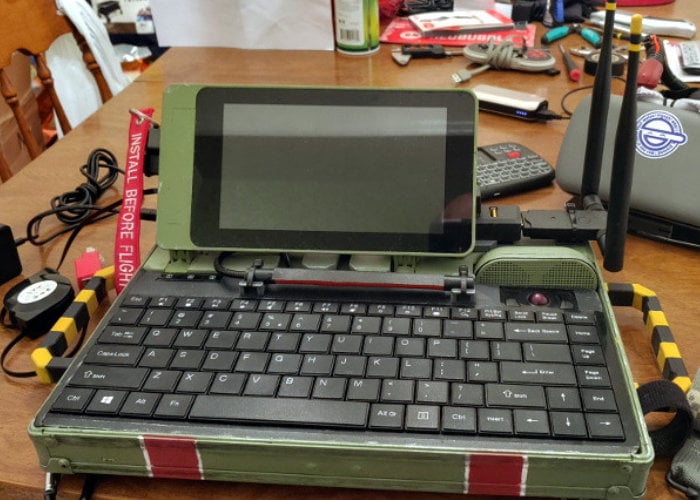 Raspberry Pi enthusiasts and the majors may be interested in this fantastic Raspberry Pi cyberdeck the XMT-19 Cutlass built by CaptNumbNutz. “Ready For Launch, Captain. Seen here from left to right. Official Raspberry Pi4 Power Supply, Retractable CAT5E cable with red crossover adapter, the complete deck itself, small Rii i4 Bluetooth Keyboard, HMD (modified VisorX using a Samsung S5 with Lineage OS 16), and of course the carry strap that no good deck can go without.” 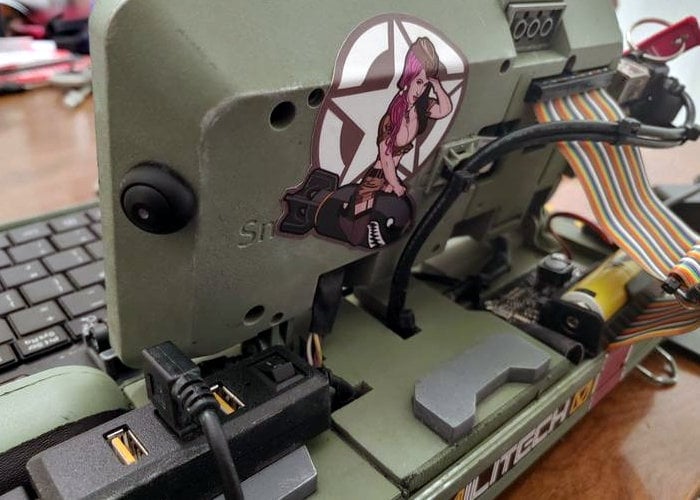 “As a fun sidenote, I made up some lore for the deck like many RPG players do: “The XMT-19 Cutlass [eXperimental Mobile Terminal, model 2019] was developed during the Corporate Wars as the premiere deck to be used by Elite NetRunners while also competing for a military contract to provide a mobile platform for use by Special Forces and Recon units.

To accomplish these goals, a new Operating System was developed, the Mobile Assault Terminal & Remote Intrusion Command System [MATRICS]. Ultimately, the cost and development time for the OS led to delays and cancellation of the project by the Military and the manufacturer. A limited production run of only 100 units was made from the original order of 10,000 and saw limited use during the last days of the Corporate Wars.

Despite all units being ordered for destruction for security reasons, this one managed to survive a mysterious failure of the company’s massive shredder a decade later. This unit is number 42 of 100. It’s new owner pieced it back together, gave it a new coat of paint to honor old military aircraft as well as a few upgrades. “ 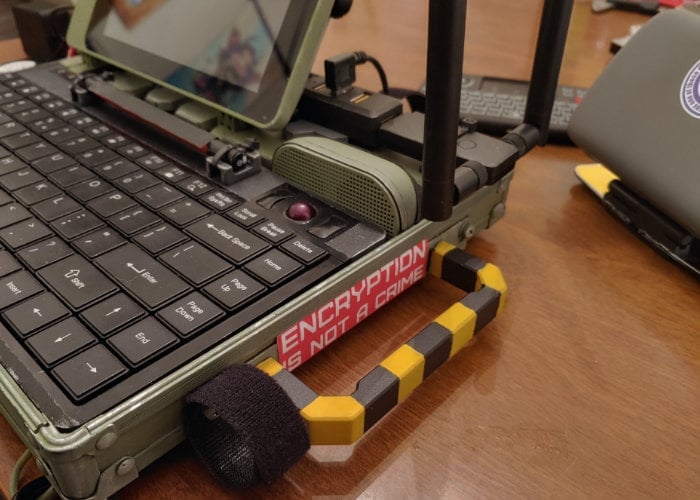 To learn more about the awesome Raspberry Pi cyberdeck jump over to the CyberDeck Worklog on the Imgur website for full details on how to build your very own.