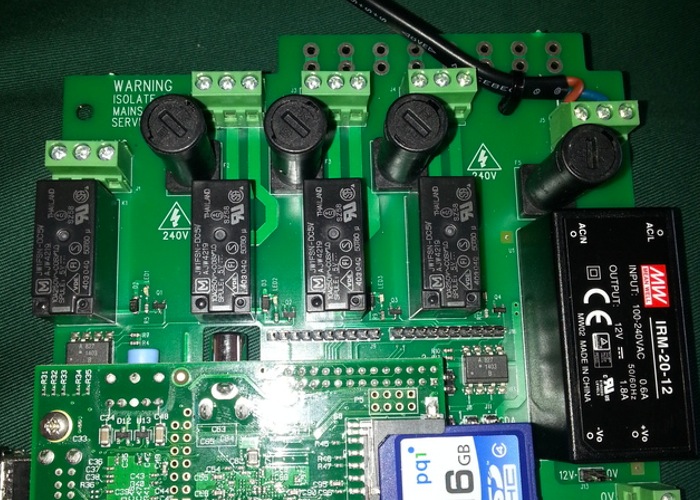 Raspberry Pi developers and makers that enjoy building projects using the $35 mini PC might be interested in a new Raspberry Pi controller hub that has been created by Richard Harwood based in the UK.

The Raspberry Pi controller hub is equipped with a 4 channel controller board, as well as a real time clock, 4 channel analogue to digital, 2K eeprom, and ds18b20 socket onboard power to name a few of its features.

Watch the video below to learn more about the Raspberry Pi controller hub project and see it in action, Richard explains a little more about his creation:

So what makes this so special? First off its plug and go just plug your Pi into it and its ready to go, we can provide a SD card image with all drivers installed and various test and example scripts ready to go.

First off I have four 10 amp 240 volt single pole double throw relays, these are interfaced through opto-couplers drivers and snubbers to protect the pi and give even more electrical isolation, each relay and the board itself are fused.

The board has been designed with safety in mind so all tracks are creepage clearance compliant and there are no exposed mains volt tracks to inadvertently touch.”