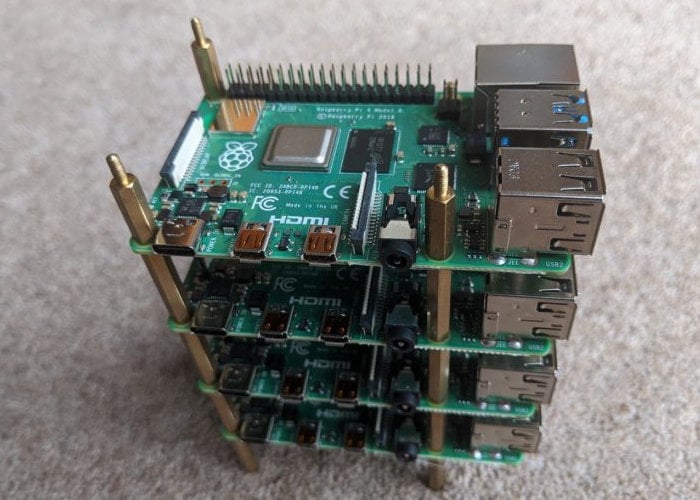 “I’ve been writing about running Docker on Raspberry Pi for five years now and things have got a lot easier than when I started back in the day. There’s now no need to patch the kernel, use a bespoke OS, or even build Go and Docker from scratch.”

“Now that more and more people were trying out Docker on Raspberry Pi (arm), we had to educate them about not running potentially poisoned images from third-parties and how to port software to arm. I created a Git repository (alexellis/docker-arm) to provide a stack of common software.”

For more information on building Raspberry Pi clusters jump over to the official Raspberry Pi website where Alex Ellis documents important milestones over the last five years and the development of the Raspberry Pi mini PC and the ability to create a wide range of different clusters using the Pi as technology has changed. If you are new to using Raspberry Pi mini PCs you may be interested in our comprehensive article on which Raspberry Pi operating system you should use for your next project.