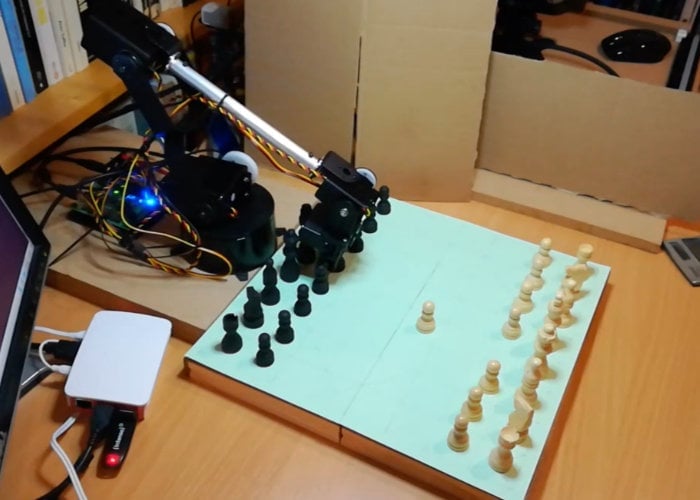 Chess players in Raspberry Pi enthusiasts may be interested in a new DIY Raspberry Pi chess computer which is equipped with a robotic arm to move pieces when required and has been created by YouTube user Richard Day. Watch the three minute demonstration video below to see the robotic arm Raspberry Pi chess computer in action. “Chess robot using RPi and Lynxmotion robot arm. My vision code determines the human player’s move. Uses Stockfish chess engine – which can beat any human.” 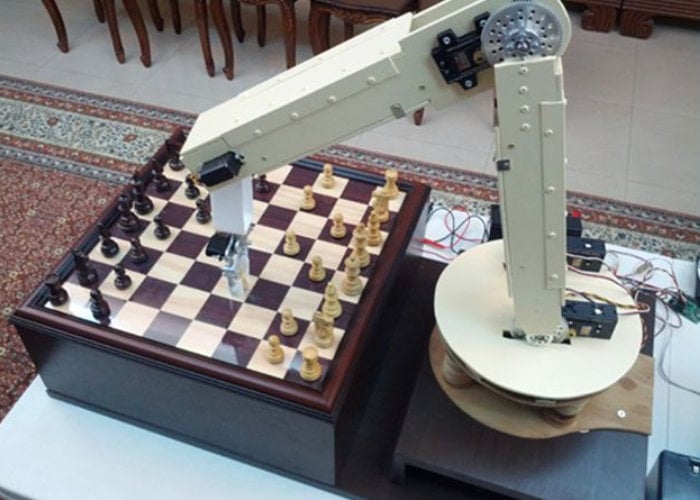 “After the design of the robot is completed and built, a control system is needed to move the robot to the correct position. The robotic arm control is an open loop, which means that there is no feedback from the arm to the microcontroller. However, the servo motor itself is a closed loop system; so, its stability can be ensured.

The control system is done using the Master-Slave method. The microcontroller will send commands to the robotic arm servo motors, and they will move accordingly. Since servo motors receive digital signals with pulse durations, it is easier to use the durations instead of angles. All the positions (64) are found practically using a servo controller with special computer software that enables the control for each servo. Since the robotic arm is 4-DOF, 4-values are needed for each position, each value is for a single servo.”