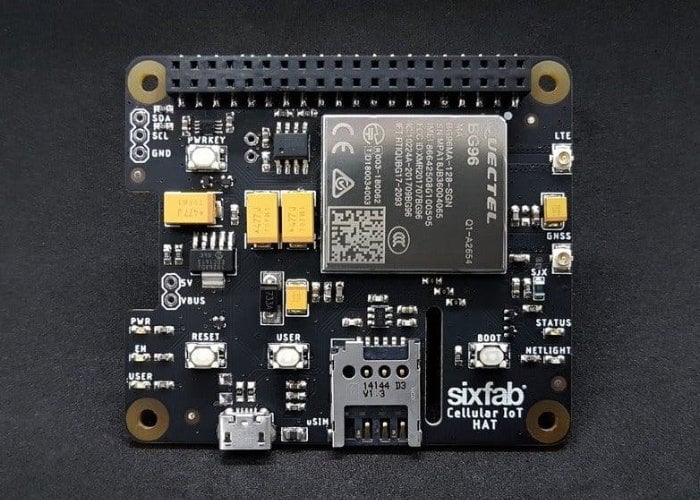 “Sixfab Raspberry Pi Cellular IoT HAT allows you to send or receive data over LTE-M cellular networks that the Telnyx SIM has access to without needing gateways. LTE-M (Cat M1) is a must-have for those looking to make the most of Low Power Wide Area Network (LPWAN) technology.”

“The Quectel BG96 lies on the middle of the Raspberry Pi Cellular IoT HAT. It is an LTE Cat M1/Cat NB1/EGPRS module offering a maximum data rate of 375Kbps downlink and uplink with worldwide coverage. This LTE add-on for Raspberry Pi also supports GNSS and GPS to build location, navigation, tracking, mapping, and timing applications.”

For more information and full specifications on the Raspberry Pi Cellular IoT HAT, which is now available to purchase jump over to the Sixfab online store, where worldwide shipping is available.