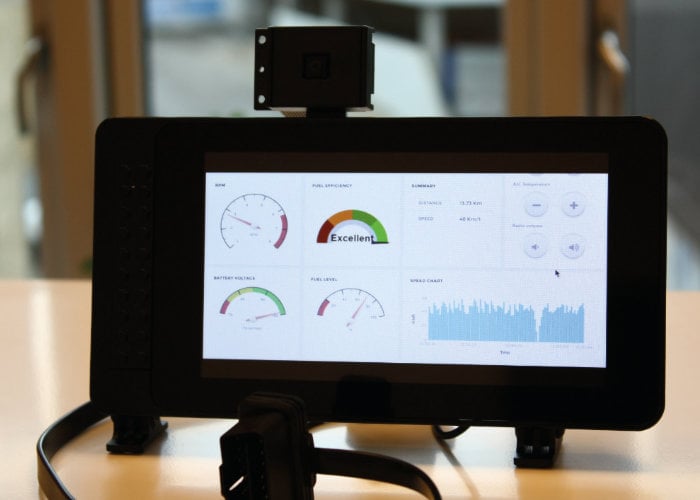 The AutoPi hardware comprises two parts: the adapter board that slots onto the Raspberry Pi like a HAT, and the OBD-II dongle. The project is also featured in the Raspberry Pi magazine MagPi issue 81, if you already have a copy to hand to help you through the process.

“One of the ultimate mods for modern cars is to replace or upgrade the entertainment system. This can range from something as small as adding new speakers, to replacing the stock stereo, or – in our case – creating a custom car computer (also known as a ‘carputer’) purpose-built for your car.

The Raspberry Pi is fantastic for this task. It’s small enough that it’s easy to hide, and powerful enough to handle simple telemetry, dash-cam recording, GPS, and more. Thanks to AutoPi, you won’t need to be deep in the bowels of your car snipping wires, either, and you can control it using a cloud-based service. Let’s make your car futuristic with a carputer!”

For more details about building your very own DIY Raspberry Pi car computer project jump over to the official Raspberry Pi website by following the link below. If you enjoy building Pi projects you might be interested in our comprehensive list of Raspberry Pi displays, HATS and small screens.